Home > Back to Search Results > Interesting letter from a young soldier...
Click image to enlarge 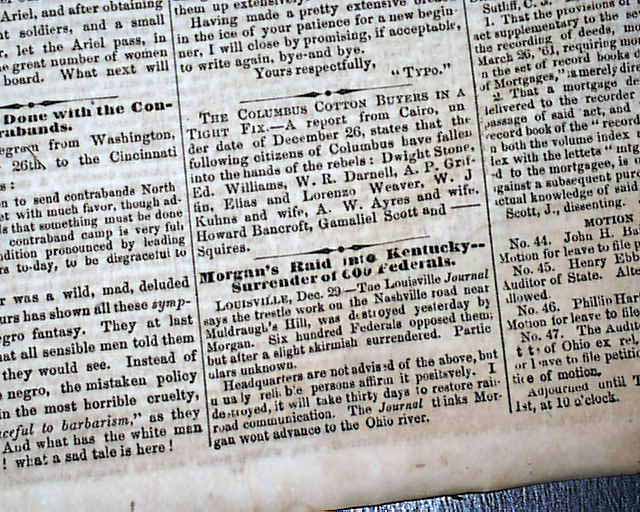 Interesting letter from a young soldier...


THE CRISIS, Columbus, Ohio, Dec. 31, 1862  Among the articles are: "General Banks at New Orleans" "Morgan's Raid Into Kentucky--Surrender of 600 Federals" "Further of the Battle of Dumfries" "Confirmation of Grant's Falling Back..." "Despotism--The American Inquisition in St. Louis..." "Remarkable Letter from an Army Boy of the Western Reserve" "Excitement at Alexandria--Rebel Cavalry in the Neighborhood" & much more.
Eight pages, loss at the bottom right corner affects about 14 words in the soldier's letter, otherwise good.