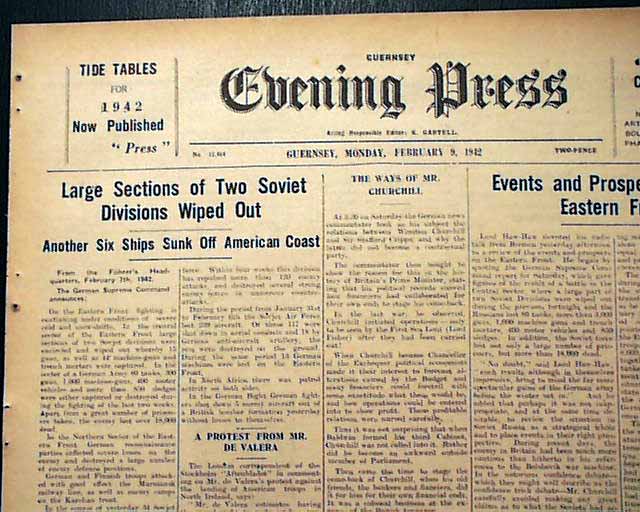 This island was occupied by the Germans during World War II so all reporting is pro-Nazi propaganda, yet in English as residents were British. The front page has: "Large Sections of Two Soviet Divisions Wiped Out" "Another Six Ships Sunk Off American Coast" "Britain Worried Over Japan's Continued Victories" and more.
Four pages, tabloid-size, very nice condition.