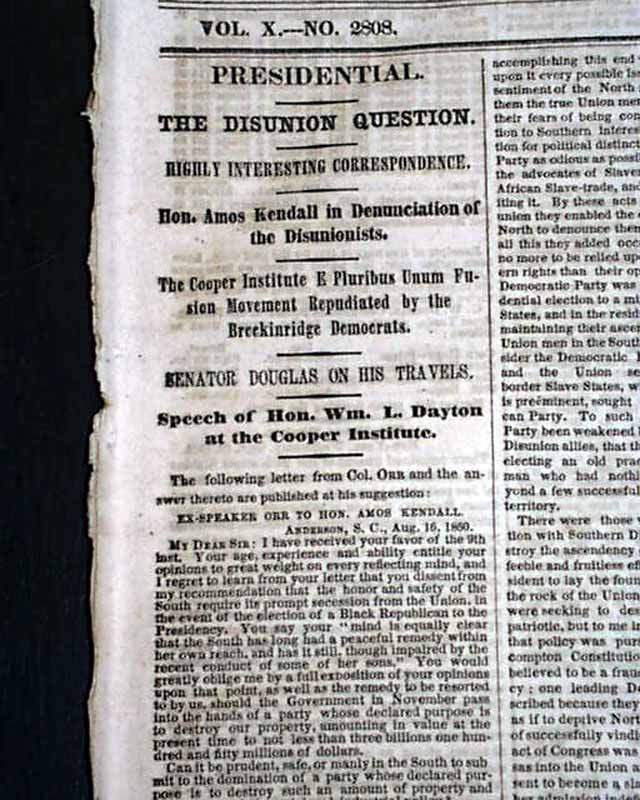 Page 5 has nearly an entire column taken up with: "From Utah" "Delegate Hooper before his Constituents--Actual Condition of Mormonism--Interesting Law-Suits--The Transit Lines--Varieties" with a dateline of Great Salt Lake City.  An interesting report on the condition of the Mormons in pre-Civil War Utah. Also on page 5 is: "From Pike's Peak--Lynch Law Triumphant--Men Hung Without the Form of Trial".
The front page has much on the coming Presidential election including: "PRESIDENTIAL" "The Disunion Question" "Senator Douglas on His Travels" & more.
The back page has: "Base Ball" "Eckford, Of Brooklyn, Vs. Union, Of Morrisania." A one paragraph summary about this amusing game includes: "Owing to the prospect of rain, but four of the Union first nine were on the ground, and they were compelled to call on five of their 'muffins' for assistance." The term "muffins" was used to describe substitute players as verified in the closing sentence of the report: "As might be expected, the muffy play predominated among the Unions, some of the points played by the substitutes elicited general laughter and applause." Includes the box score noting the Union club lost by the lopsided score of 41-5.
Eight pages, nice condition.

A failed slave insurrection in Virgin... 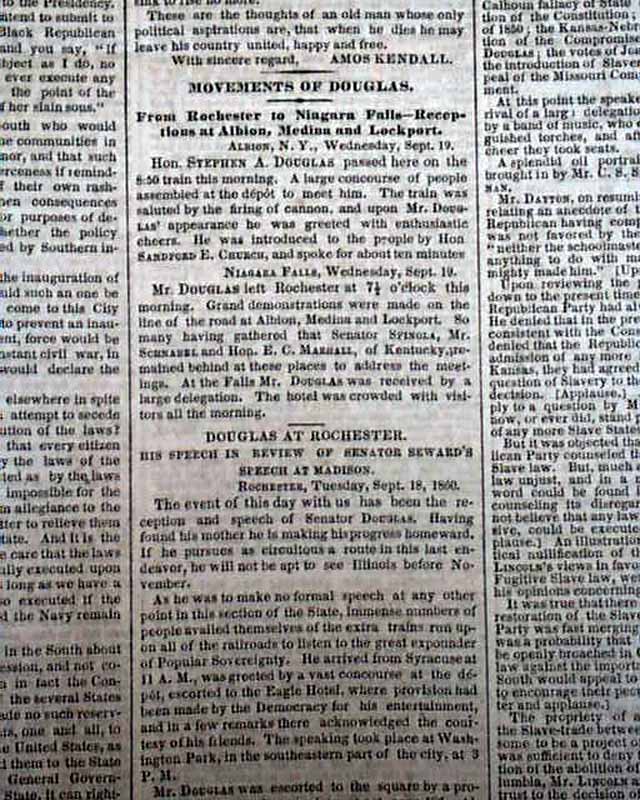 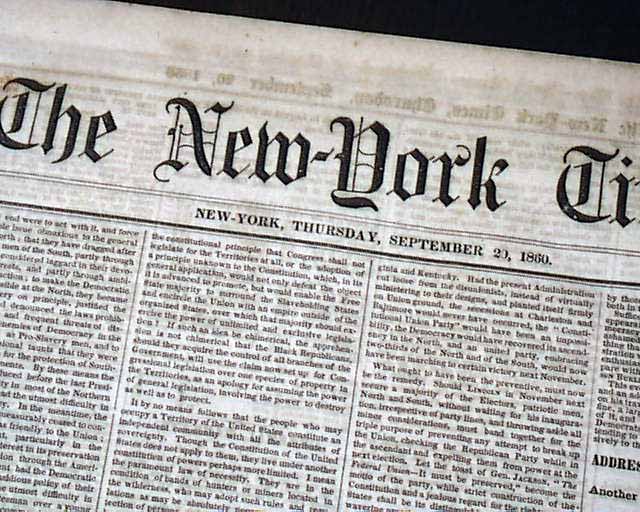 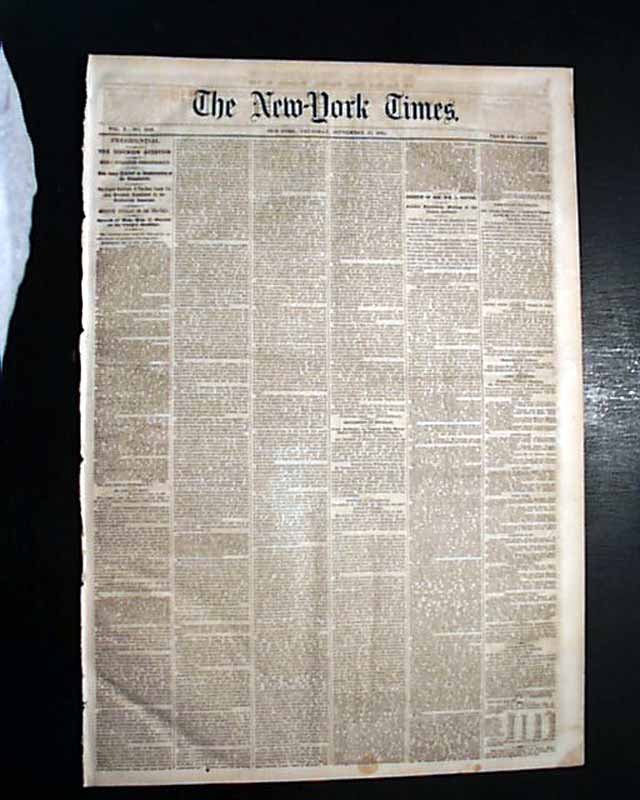 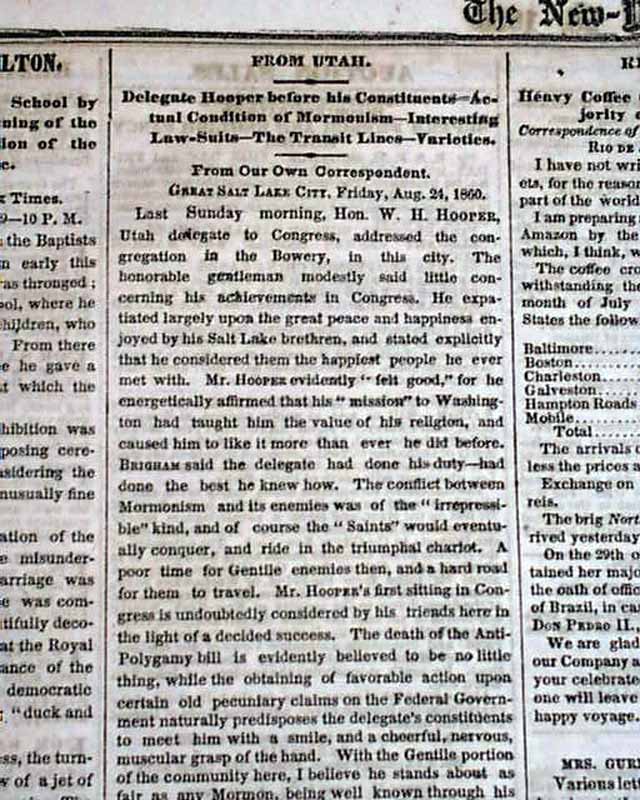 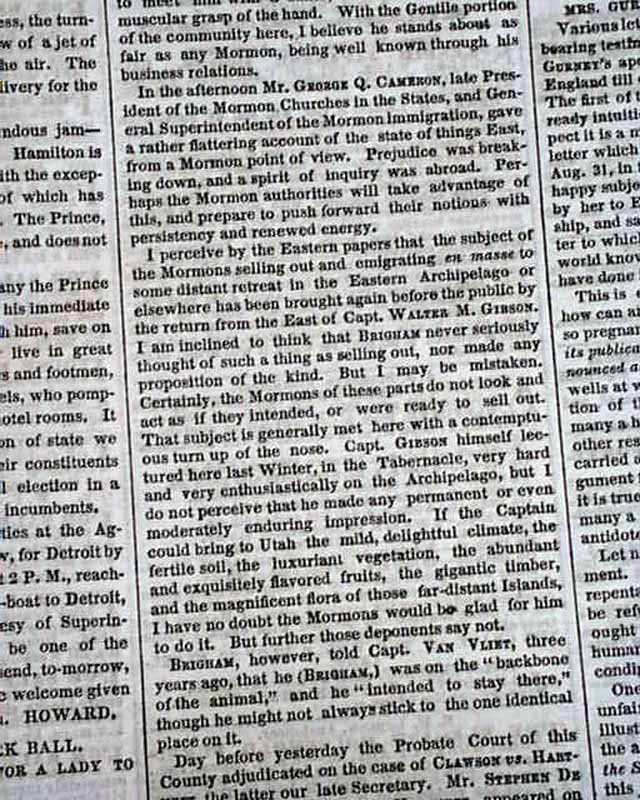 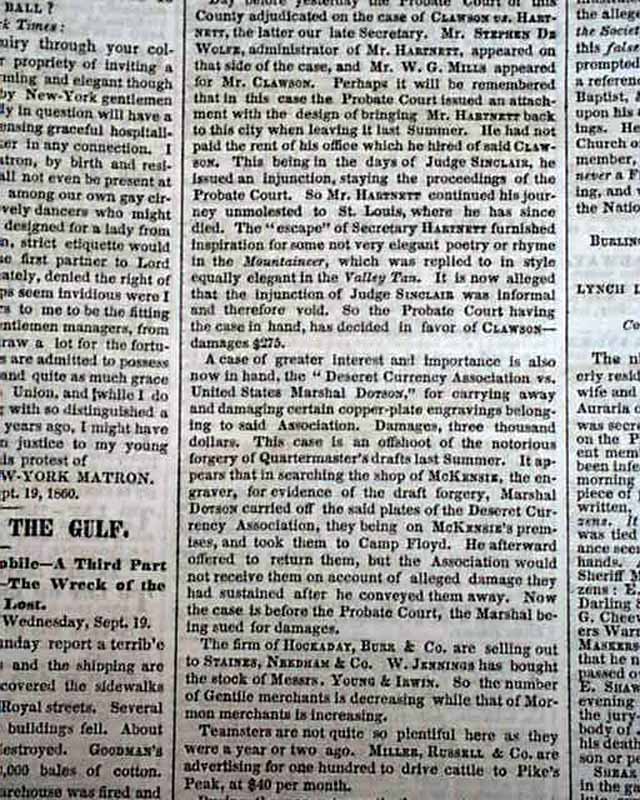 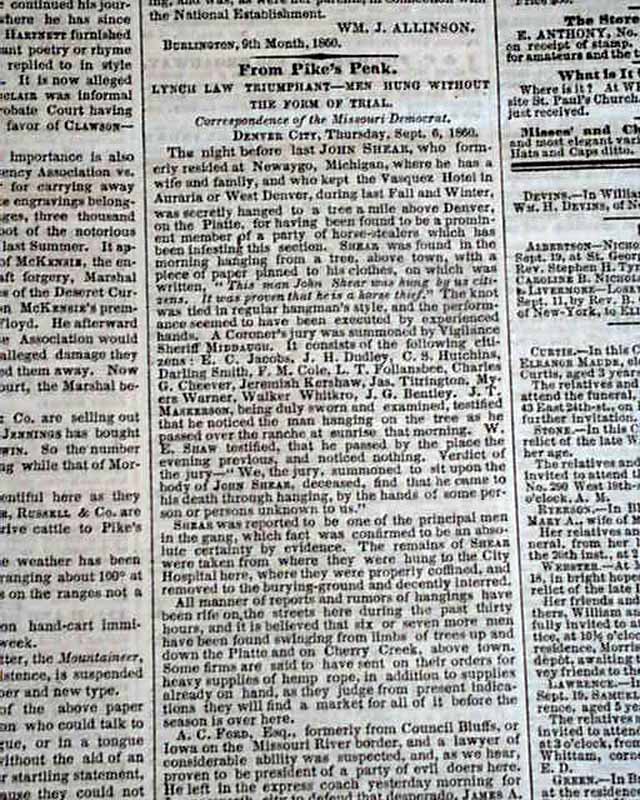 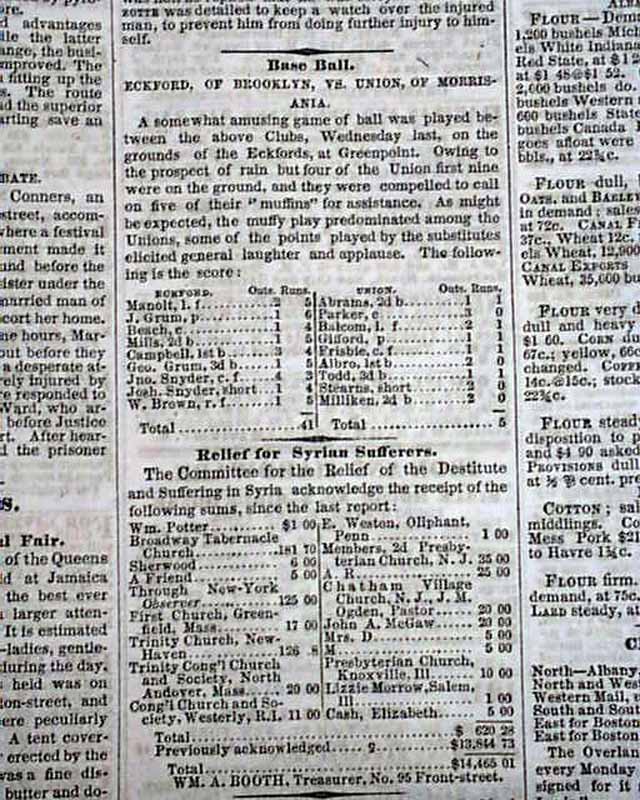