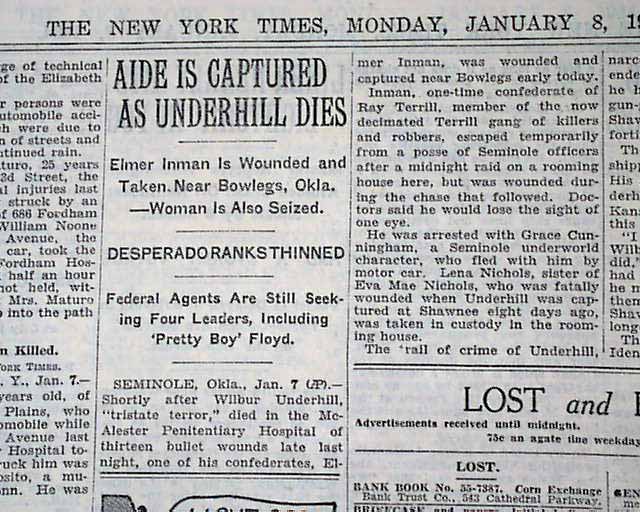 This 36 page newspaper has one column headings on the back page that include:  "AIDE IS CAPTURED AS UNDERHILL DIES" "Desperado Ranks Thinned" "Federal Agents Are Still Seeking Four Leaders, Including 'Pretty Boy' Floyd" & subhead: "Four Outlaws Still Sought". Coverage on the death of Wilbur Underhill Jr. and hunt for other Southwestern outlaws including Clyde Barrow. Rare to find mention of Barrow prior to his death.
Other news, sports and advertisements of the day. This rag edition is in very nice condition.