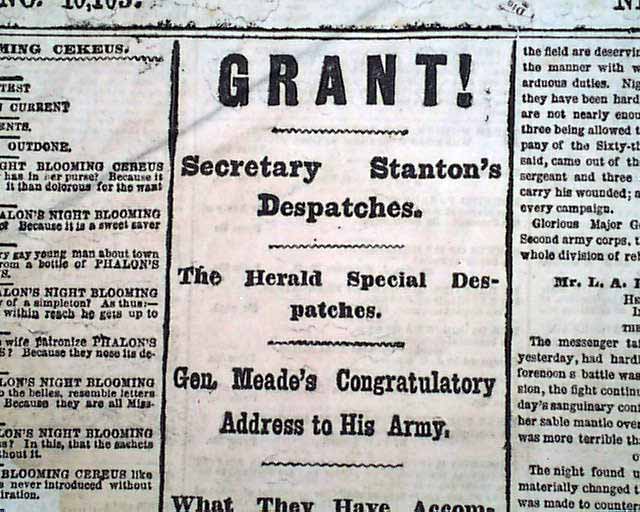 Among the front page one column heads are: "THE VICTORY" "General Meade Reviews the Situation" "8,000 Rebel Prisoners" "Lee Fallen Back To a New Line" "Reinforcements for Grant" "Victory In The Southwest" "Sherman in the Rear of Johnston's Army" "The Rebels Retreat Beyond Resaca" and much more (see photos).

The balance of the ftpg. is mostly taken up with more coverage of the battles near Spotsylvania.

Eight pages, lite dampstaining to the upper third of the issue, otherwise in nice condition.