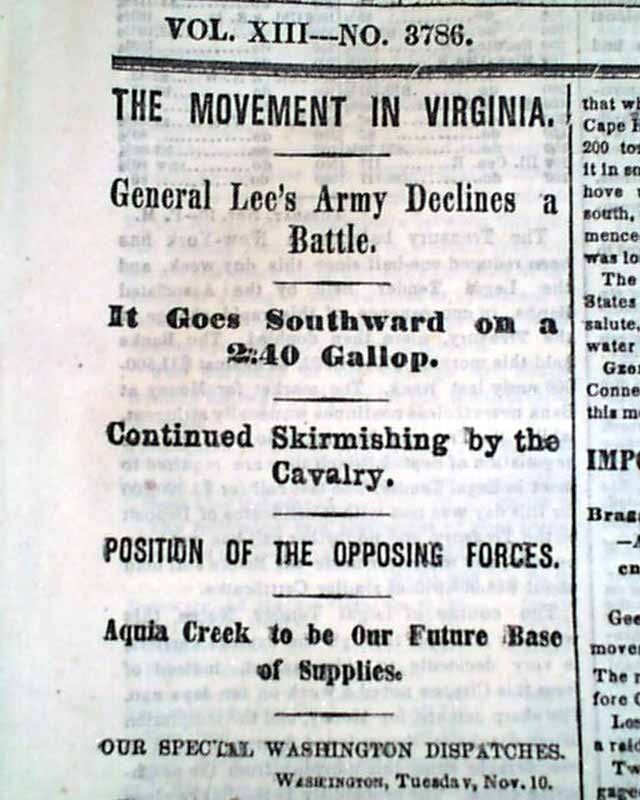 * General Lee's Army Declines a Battle
This 8 page newspaper is in nice condition due to the use of cotton and rag paper during this very historic time in U.S. history. This issue is loaded with advertisements and Civil War reports throughout from the day it was first reported which includes the following headlines: "THE MOVEMENT IN VIRGINIA" "General Lee's Army Declines a Battle" "Continued Skirmishing by the Cavalry" "FROM THE REBEL STATES" and much more. SEE PHOTOS. A nice piece of history from this famous newspaper. 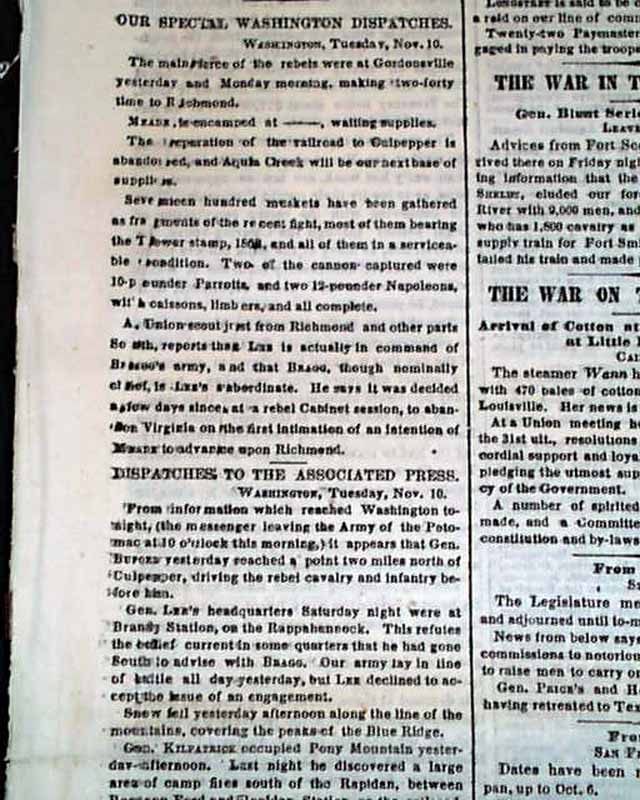 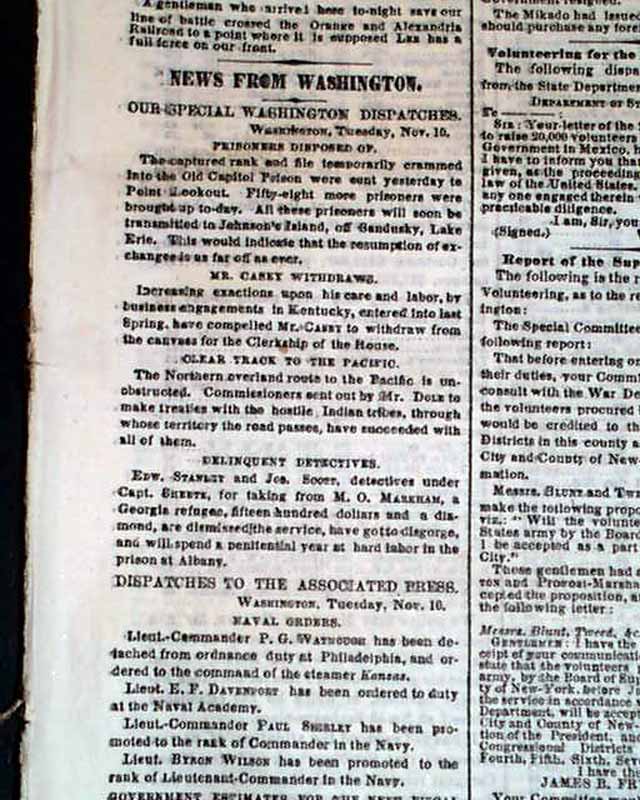 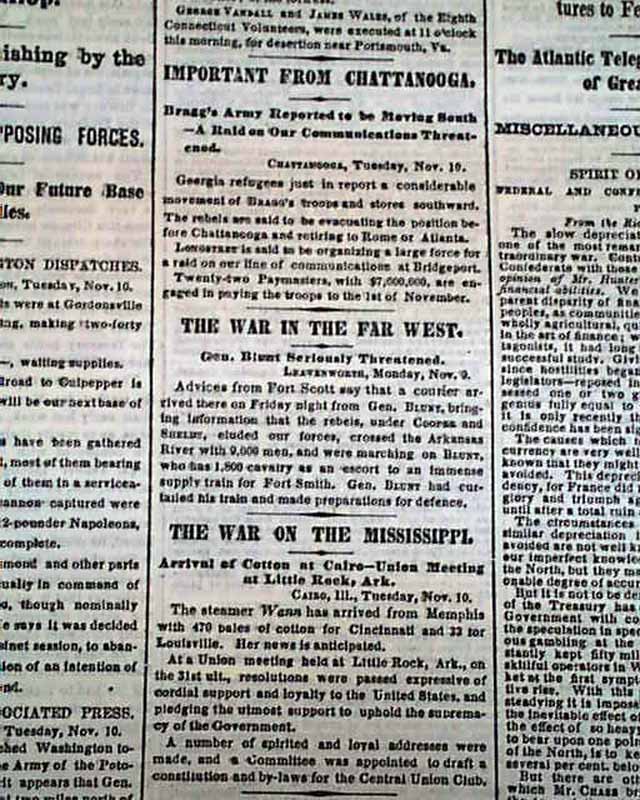 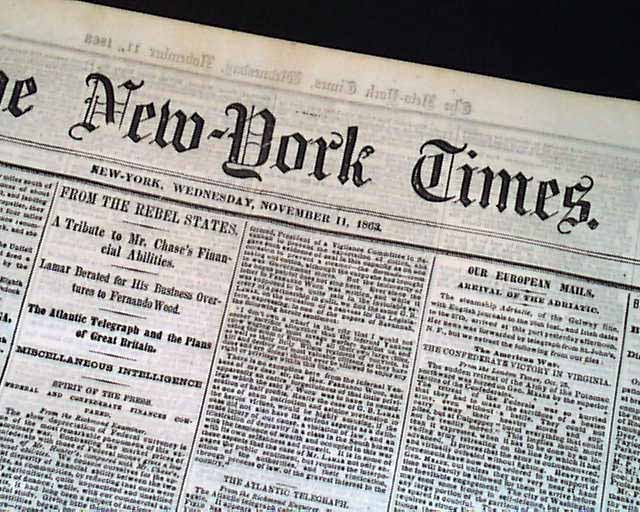 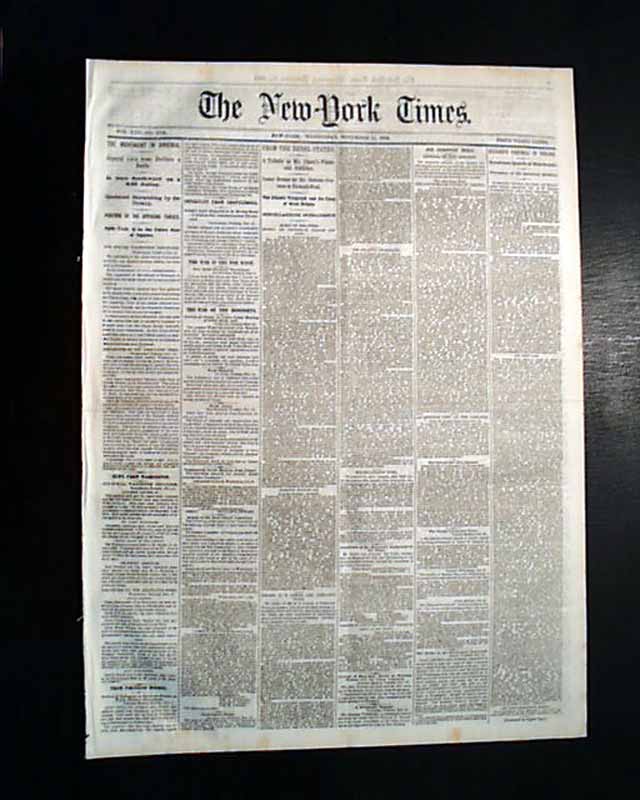