Home > Back to Search Results > The intents of Robert E. Lee...
Click image to enlarge 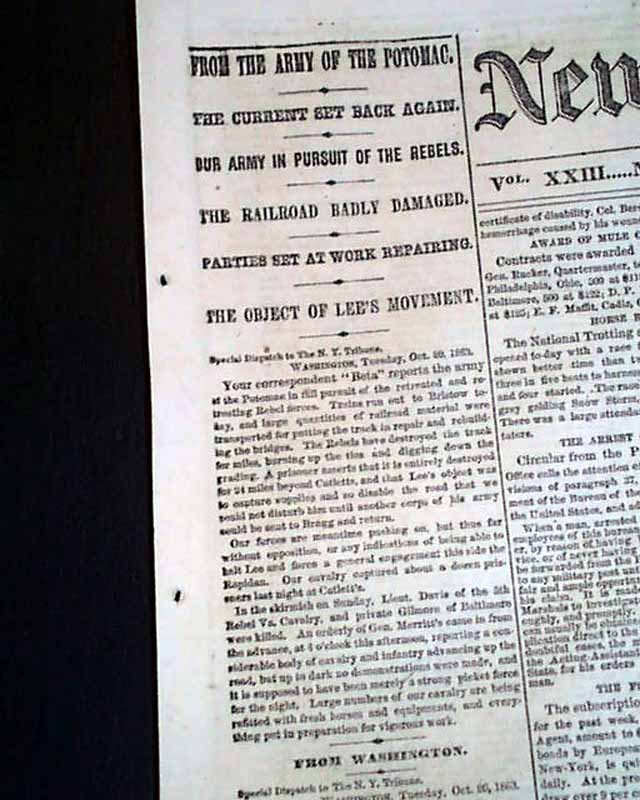 The intents of Robert E. Lee...


NEW YORK TRIBUNE, Oct. 21, 1863  Among the front page column heads on the Civil War are: "Late Southern News" "The torpedo Attack on the Ironsides" "More Mob Indications In Richmond" "The Effect of the Freedom Proclamation in Mississippi" "Gen. Rosecrans Relieved of His Command" "Gen. Grant in Command of the Armies of the Ohio, the Cumberland & Kentucky" "Our Army In Pursuit of the Rebels" "The Object of Lee's Movement" and more.
Eight pages, never bound nor trimmed, very nice condition.