Home > Back to Search Results > Humphreys and Mendoza, the famed boxers...
Click image to enlarge 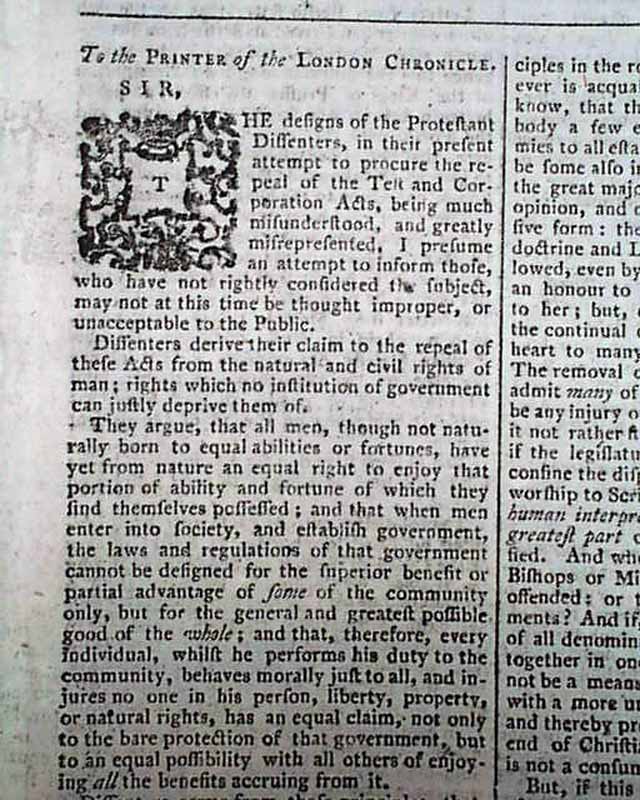 Humphreys and Mendoza, the famed boxers...

Page 3 has an article concerning the famed boxers Humphries and Daniel Mendoza: "Yesterday Humphries and Mendoza waited on Sir Sampson Wright...with their sureties...were informed...that if they should attempt to challenge each other...they would be subject to severer penalties: they both promised they would not, though Mendoza said he could have wished to have had another trial with Humphries, and then never intended to have fought again." (see).
Daniel Mendoza was a famous Jewish boxer who transformed the English stereotype of a Jew from a weak, defenseless person into someone deserving of respect. He is said to have been the first Jew to talk to the King, George III. He was the British boxing champion from 1792-1795.
Eight pages, 8 1/2 by 11 1/2 inches, very nice condition.