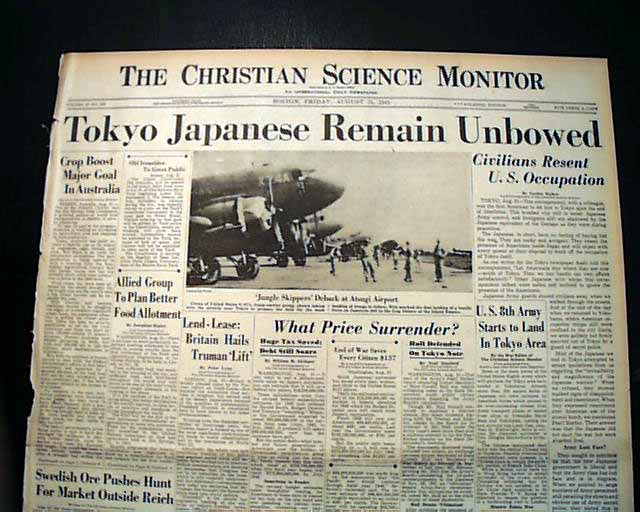 The front page has a banner headline: "Tokyo Japanese Remain Unbowed" with subheads and related photo. Coverage on the initial occupation Japan with the United States Navy entering Tokyo Bay. The official signing of surrender would take place on board the USS Missouri the next day.
Other news, sports and advertisements of the day. Complete in 10 pages, a little spine wear, otherwise nice condition.