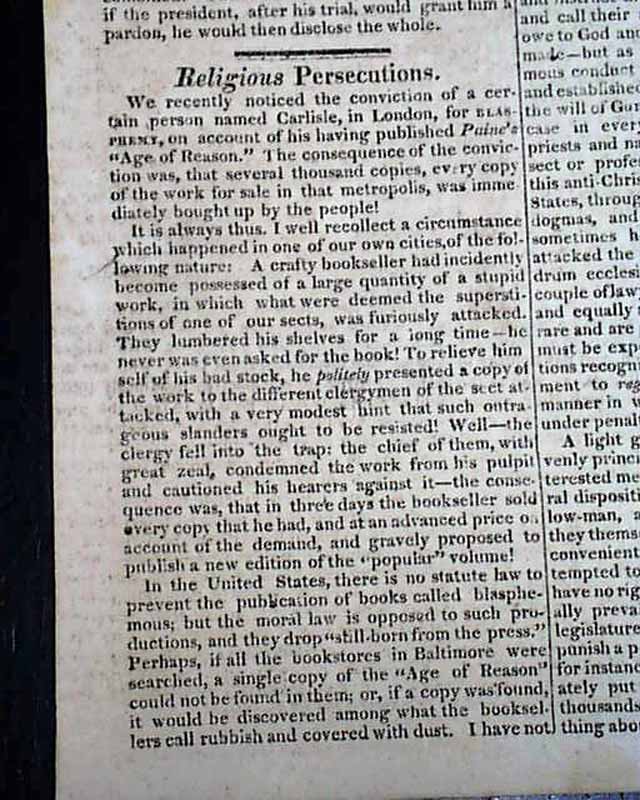 
NILES' WEEKLY REGISTER, Baltimore, April 1, 1820  Reports include: "Religious Persecutions"; "On Relations with Spain being a document signed in type: James Monroe; The Late Fire at Savannah" and various reports from Congress with a letter dated Paris, signed in type: La Fayette.
Sixteen pages, 6 by 9 1/4 inches, a few leaves close-trimmed at the margin shaving some letters.