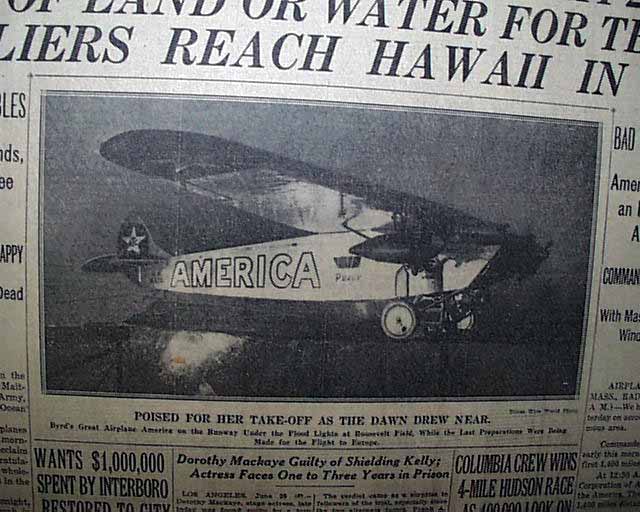 This issue has a three line banner headline on the front page: "BYRD BATTLES FOG, FLIES ON TOWARD PARIS; REPORTS TO SHIP 200 MILES OUT AT SEA; ARMY FLIERS REACH HAWAII IN 26 HOURS" with many subheads and related photo. Much more inside (see photos).

Also on the front page is a column-wide "Fuller Gives Stay to Sacco, Vanzetti" with subhead "Grants Respite in Executions From Week of July 10 to Aug. 10" (see photos).

This is complete in 56 pages with an irregular left spine, some chipping and small edge tears, otherwise in good condition. Should be handled with care.