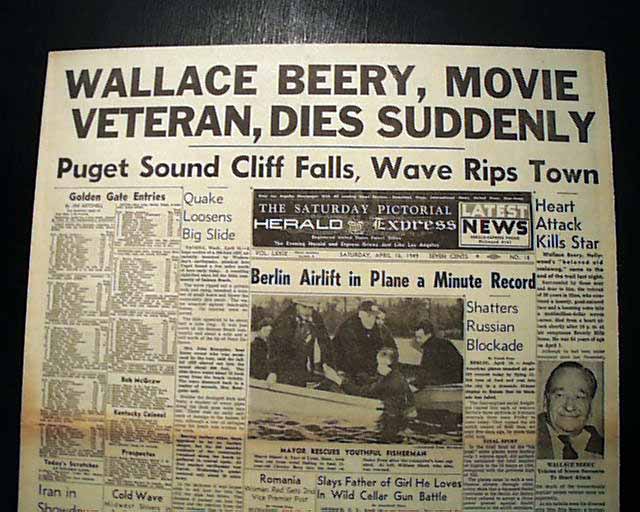 The banner headline at the very top reads: "WALLACE BEERY, MOVIE VETERAN, DIES SUDDENLY" with subhead: "Heart Attack Kills Star" with a small photo of him. Great to have this report in a newspaper from the home of the movie industry.
The complete first section (of 3) with pages 1-8. Very nice condition.