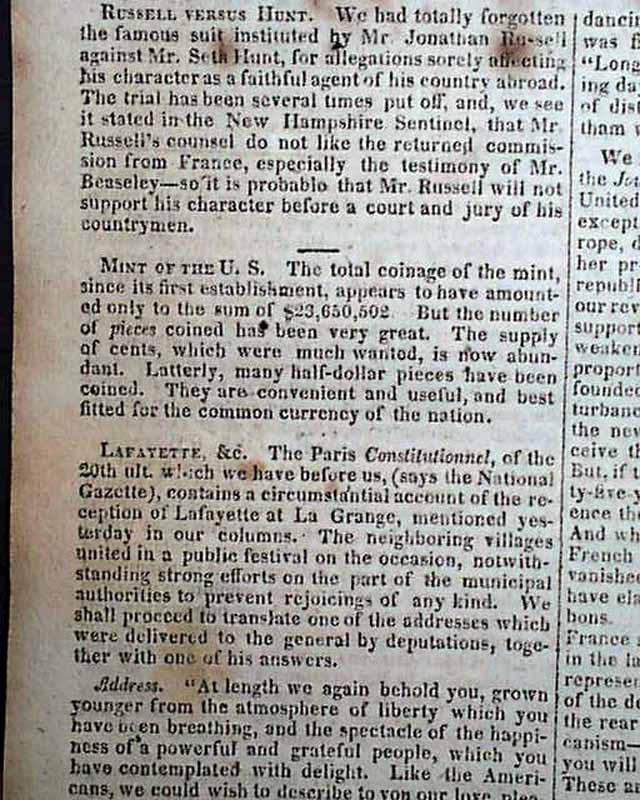 
NILES' WEEKLY REGISTER, Baltimore, Dec. 10, 1825  Within this issue is the complete and lengthy printing of the annual state-of-the-union address of John Quincy Adams, in which he reviews the national events of the year 1825 and thinks of the future. The text is headed: "President's Message" and takes nearly 7 pages and is signed by him in type: John Quincy Adams.
Among the other reports in this issue are: "Mint of the United States" tells of the coinage numbers, and notes: "...The supply of cents, which were much wanted, is now abundant. Latterly, many half dollar pieces have been coined...". Also a list of all members of the 19th Congress, First Session.
CFomplete in 16 pages, 6 by 9 1/2 inches, various foxing. Generally in nice condition.