Home > Back to Search Results > The Modoc Indian War...
Click image to enlarge 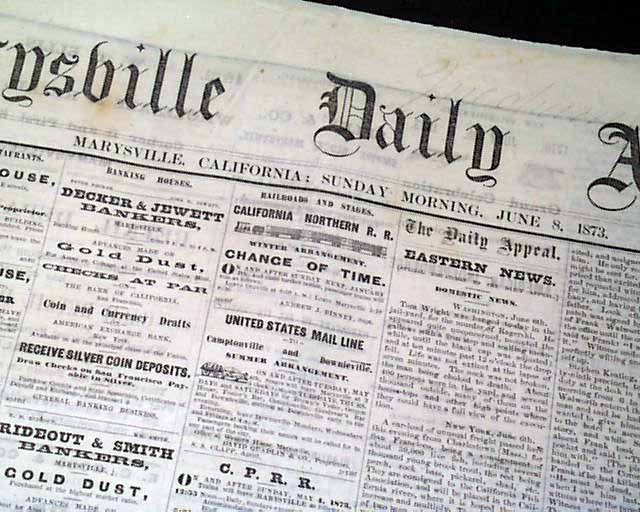 Page 3 has a report with small column heads: "From The Modoc Country" "Timber Brought into Camp for the Scaffold--General Davis Announces His Intention of Hanging About a Dozen of the Modocs--The Warriors have no Friends" with other subheads in its four dispatches (see). Nice to have reports on the Modoc Indian War from the state where it happened (southern Oregon also).
Four pages, never bound nor trimmed, nice condition.