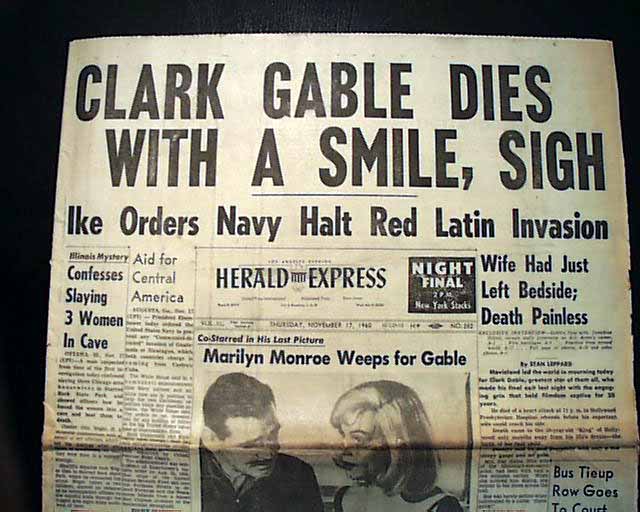 A banner headline at the top of the page announces: "CLARK GABLE DIES WITH A SMILE, SIGH" and a subhead: "Wife Had Just Left Bedside; Death Painless". The ftpg. also has a photo headed; "Marilyn Monroe Weeps for Gable" who starred with him in a recent movie, 'The Misfits'. Great to have this report from the capital of the movie industry.
The complete first section (of 4) with pages 1-24. Minor wear at the central fold, generally in very nice condition.