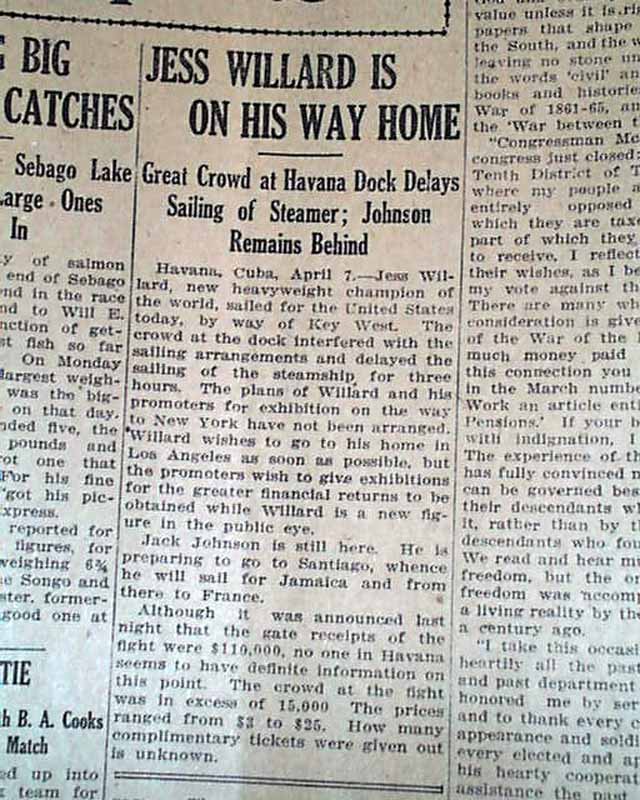 Page 6 has an article headed: "JESS WILLARD IS ON HIS WAY HOME" "Great Crowd at Havana Dock Delays Sailing of Steamer; Johnson Remains Behind" See image for text here.
Other news, sports and advertisements of the day. Complete in 10 pages, light browning, otherwise good. Should be handled with care.

Review & premiere of "Fear and Loathi...