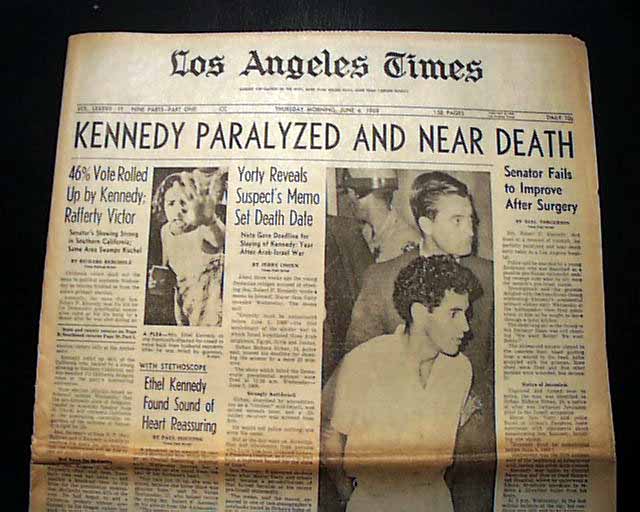 * Robert F. Kennedy shot
* Best title to be had

The banner headline notes: "KENNEDY PARALYZED AND NEAR DEATH" with a ftpg. photo of a frantic Ethel Kennedy and Sirhan & Sirhan being led away.
The complete first 2 sections of 54 pages (of 158), very nice condition. Great to have  this report in a newspaper from where the tragedy happened.