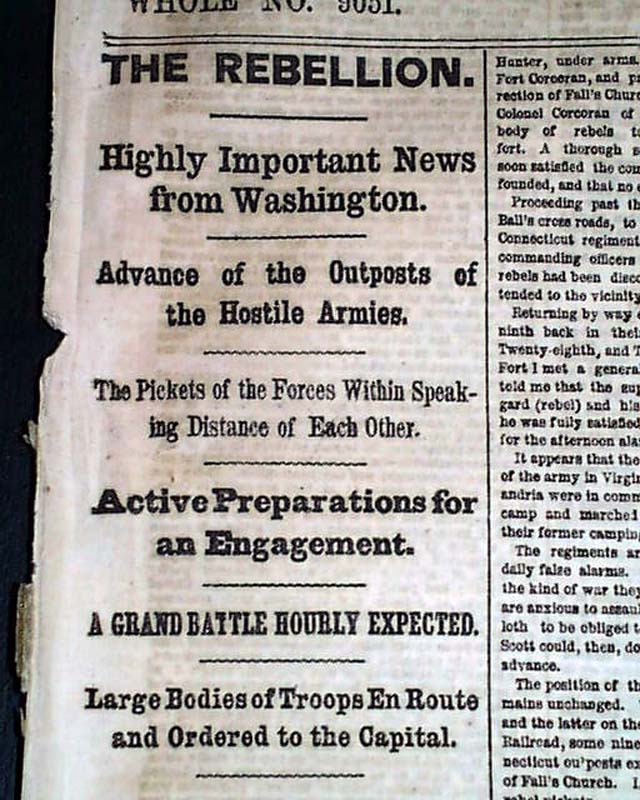 This genuine newspaper has a wealth of Civil War reporting from during Abraham Lincoln's administration. Among the one column headlines on the Civil War are: "THE REBELLION" "Advance of the Outposts of the Hostile Armies" "Active Preparations for an Engagement" "A Grand Battle Hourly Expected" "Reported Fight At Piedmont, VA." "Skirmish at Savannah, Mo., and Defeat of the Rebels" "Expected Battle At Cairo" and more. (see)
Complete in eight pages. This issue is not fragile as newsprint from this era was made of cotton and linen rags, allowing them to remain very pliable and easy to handle. Minor spine wear, nice condition.