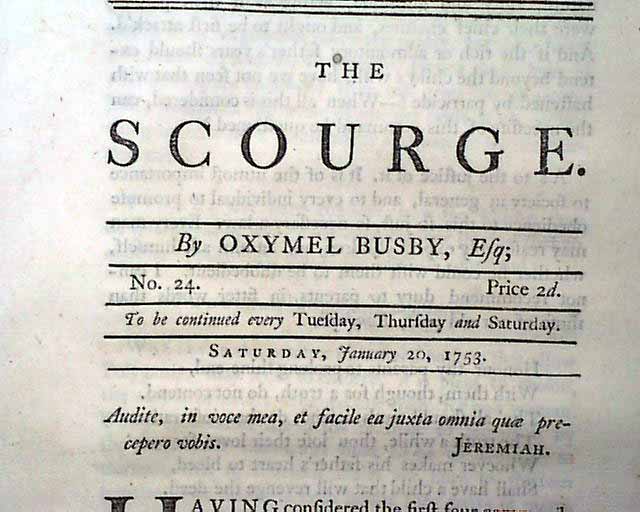 
THE SCOURGE, London, January 20, 1753  A very curious and uncommon newspaper from England done in the editorial format, popular with other titles at that time as well. It was published "By Oxymel Busby, Esq." as noted in the masthead. Beginning on the front page is an interesting letter which holds much truth even to this day: "Daily experience shews us that one of the chief causes of the miscarriages of young people, not born to great fortunes of their own, is, their being brought up with a notion of dependence on some relation; every one is apt to flatter them, when children, with these golden expectation, which too often turn out quite different to their wishes...".
Single column format with 6 pages, 7 by 11 inches, small bit from a blank upper margin, great condition.