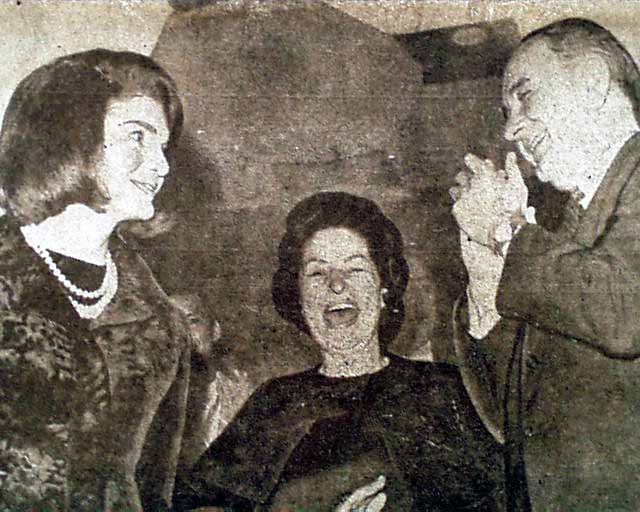 
NEW YORK JOURNAL AMERICAN, Nov. 22, 1963  In bold letters dropped out of red ink at the very top is: "E X T R A", and in large bold letters is: "PRESIDENT DEAD  Shot by Assassin".
Making this issue a bit of a curiosity is the photo which accompanies the headline, as it shows a smiling Lyndon B. Johnson, a laughing Mrs. Johnson, and a smiling Jackie Kennedy. The photo was almost assuredly planned to accompany another story about their visit to Dallas but that edition was interrupted to quickly produce this "Extra" with the breaking news of the assassination. The photo was not replaced in the haste of getting the edition on the streets, producing this rather bizarre photo/headline combination.
Complete in 46 pages, an old tape mends causes a small stain near the right margin on the ftpg., otherwise nice condition.