Home > Back to Search Results > The small towns of Los Angeles and San Diego...
Click image to enlarge 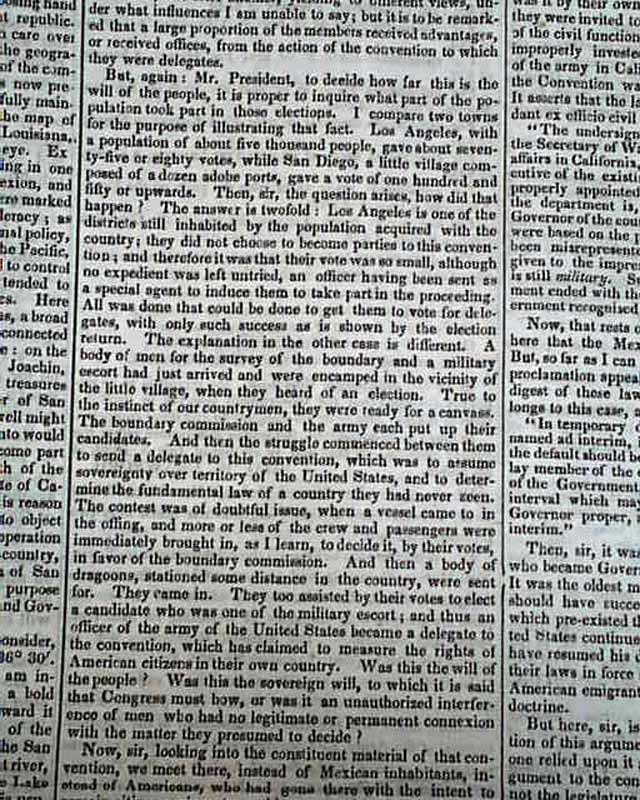 The small towns of Los Angeles and San Diego...


NATIONAL INTELLIGENCER, Washington, D.C., July 4, 1850  The front page is entirely taken up with reporting on the: "Debate In The Senate - The Compromise Bill" which happens to contain a interesting tidbit speaking of the size of what are now two of the largest cities in California: "...But again, Mr. President...I compare two towns for the purpose of illustrating that fact. Los Angeles, with a population of about five thousand people, gave about 75 or 80 votes, while San Diego, a little village composed of a dozen adobe ports, gave a vote of 150 or upwards...". (see)
Four pages, nice condition.