Home > Back to Search Results > Kennedy still alive as of this report?
Click image to enlarge 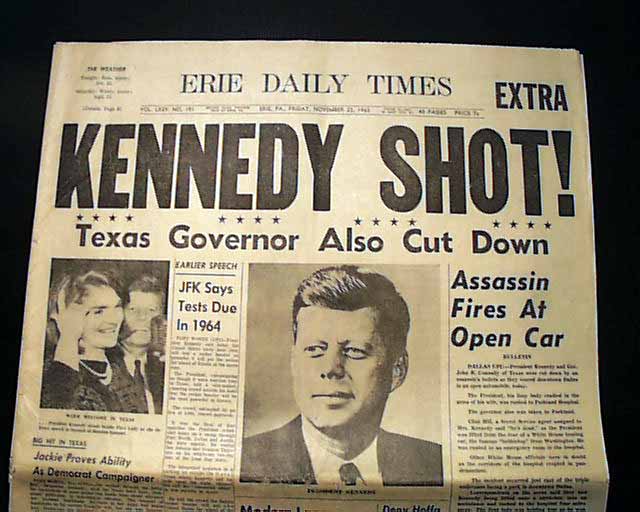 Kennedy still alive as of this report?


ERIE DAILY TIMES--EXTRA, Pennsylvania, Nov. 22, 1963  Bold & dramatic banner head: "KENNEDY SHOT ! " with a relatively brief "Bulletin" on the ftpg. concerning the assassination, all other reports are unrelated save for a ftpg. photo: "Warm Welcome In Texas" showing JFK and Jackie.
This report does not officially confirm his death but rather notes: "...Clint Hill, a Secret Service agent assigned to Mrs. Kennedy said 'he's dead' as the President was lifted from the rear of a White House touring car...Other White House officials were in doubt as the corridors of the hospital erupted in pandemonium..." (see).
Contains 30 pages while the datelines notes "40 pages" but the pagination is odd so I am unsure as to whether complete or not. Being an "Extra" edition pagination was often in error.
Very nice condition. 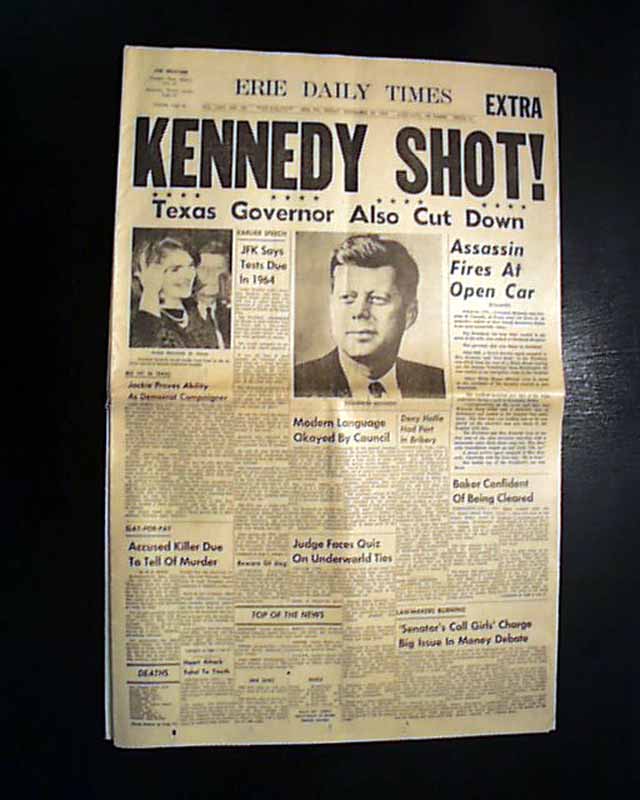 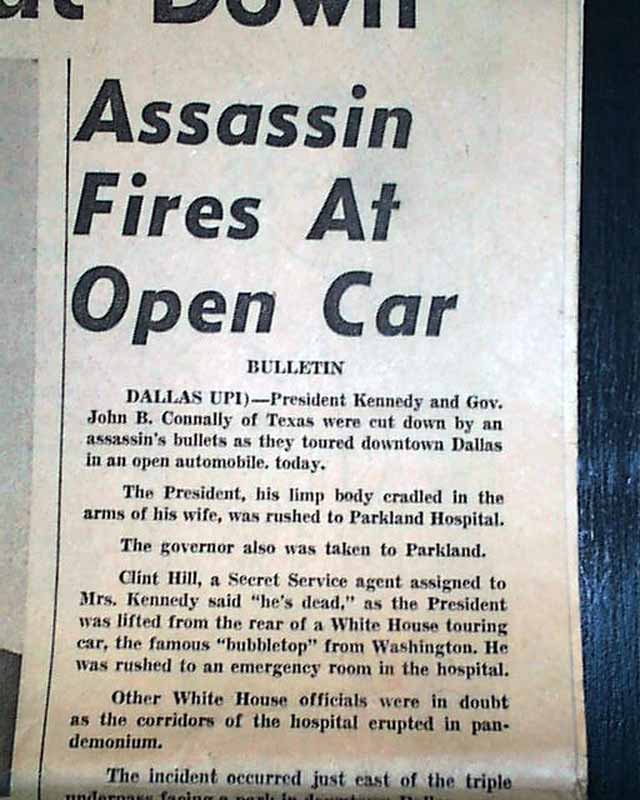 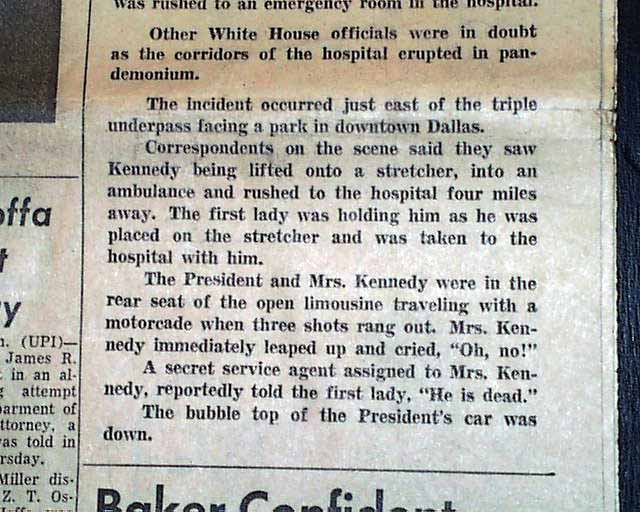 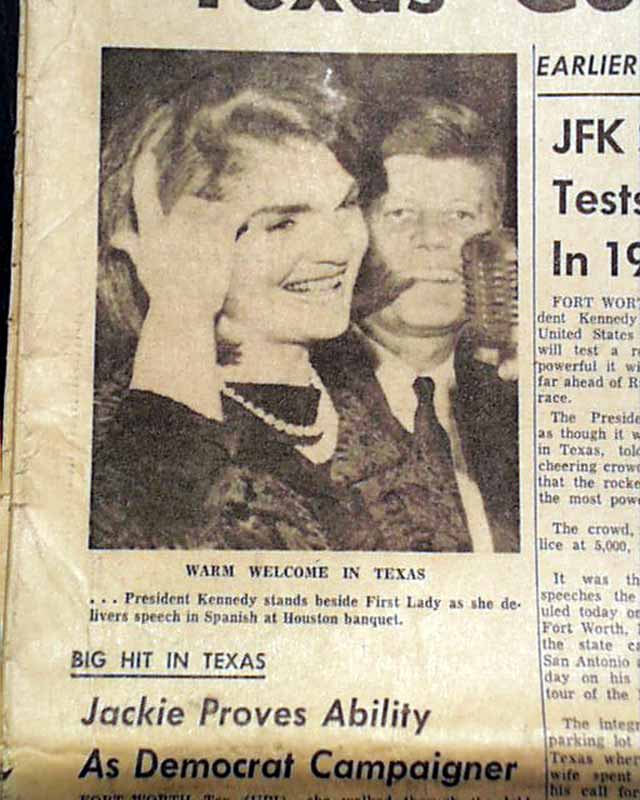 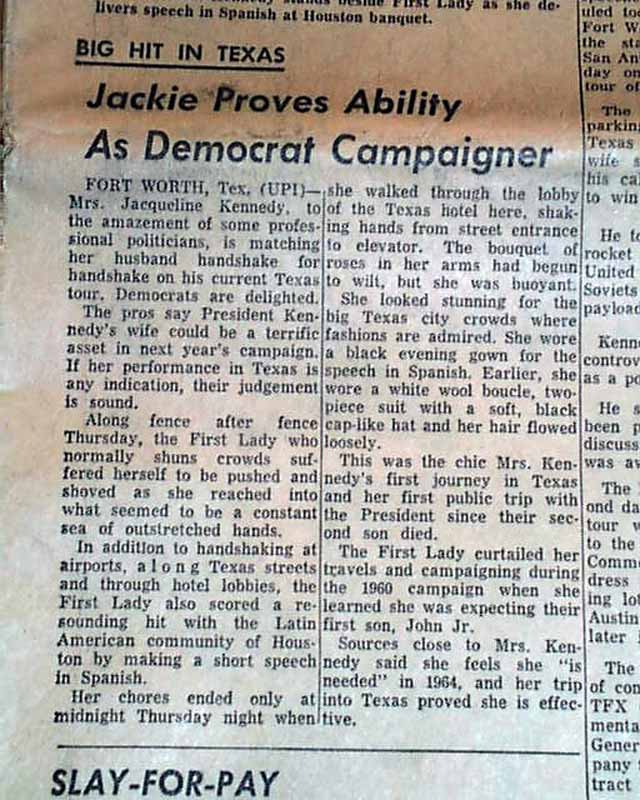