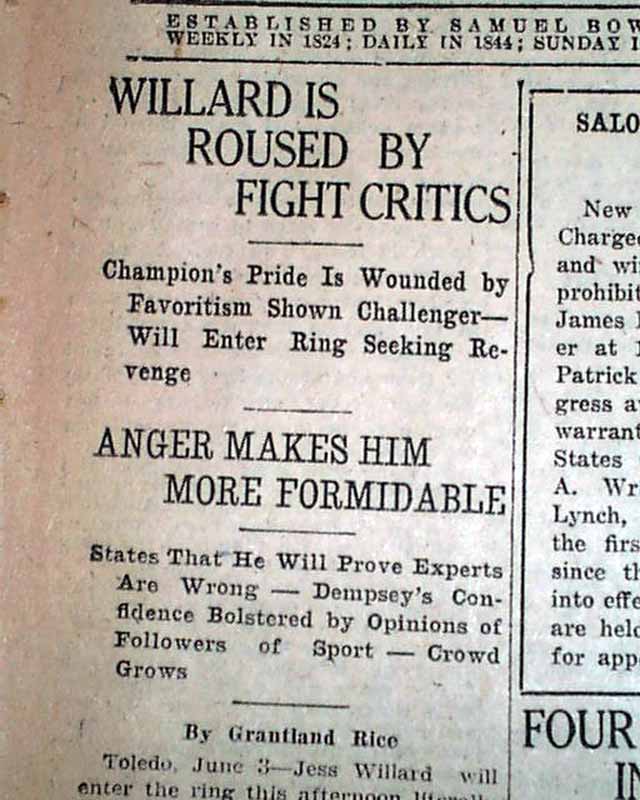 The front page has one column headlines that include:

and more. (see) Pre fight coverage on the famous heavyweight title fight between Jack Dempsey and Jess Willard. This would be when Dempsey became World champion for the first time.