Home > Back to Search Results > The boxers Mendoza and Humphreys plan their next contest...
Click image to enlarge 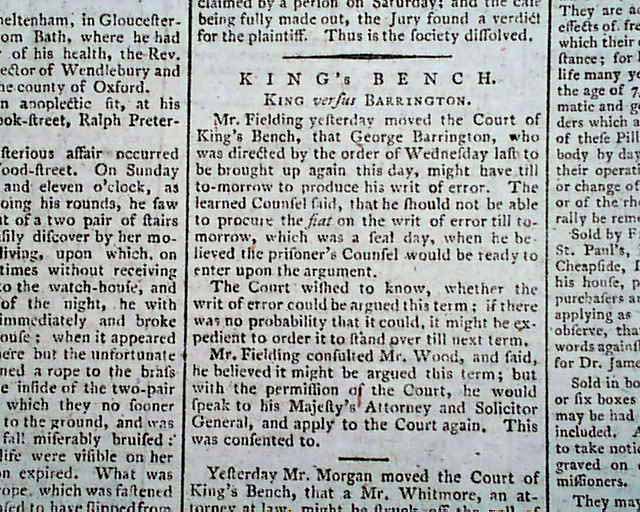 The boxers Mendoza and Humphreys plan their next contest...

Page 3 has a report of George Barrington (of eventual Botany Bay fame) being before the King's Bench, headed: "King versus Barrington" (see). The hyperlink has much on Mr. Barrington.
The back page has a report of the famed boxer Daniel Mendoza, noting in part: "Humphreys and Mendoza met yesterday evening...for the purpose or settling the terms of their next battle..." with more (see). Daniel Mendoza was a famous Jewish boxer who transformed the English stereotype of a Jew from a weak, defenseless person into someone deserving of respect. He is said to have been the first Jew to talk to the King, George III. He was the British boxing champion from 1792-1795.
Eight pages, never bound nor trimmed, very nice condition.