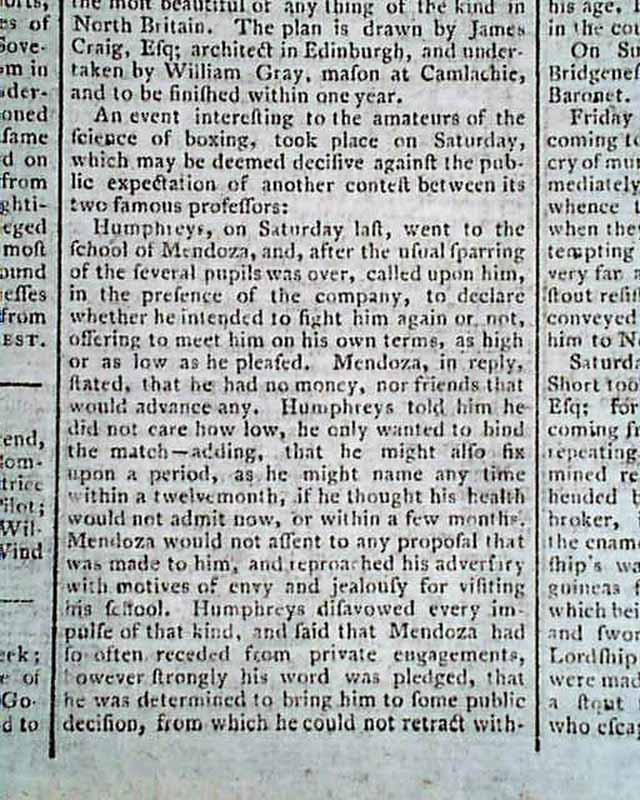 2 has a very interesting report concerning the two famed boxers of the day, Richard Humphries and Daniel Mendoza. Included is: "Humphreys...went to the school of Mendoza & after the usual sparring of the...pupils was over, called upon him...to declare whether he intended to fight him again or not, offering to meet him on his own terms...Mendoza, in reply, stated that he had no money..." with much more (see).
Daniel Mendoza was a famous Jewish boxer who transformed the English stereotype of a Jew from a weak, defenseless person into someone deserving of respect. He is said to have been the first Jew to talk to the King, George III. He was the British boxing champion from 1792-1795.
Eight pages, 8 1/2 by 11 1/2 inches, small rubbing hole to the front leaf not even close to the noted content, very nice condition.