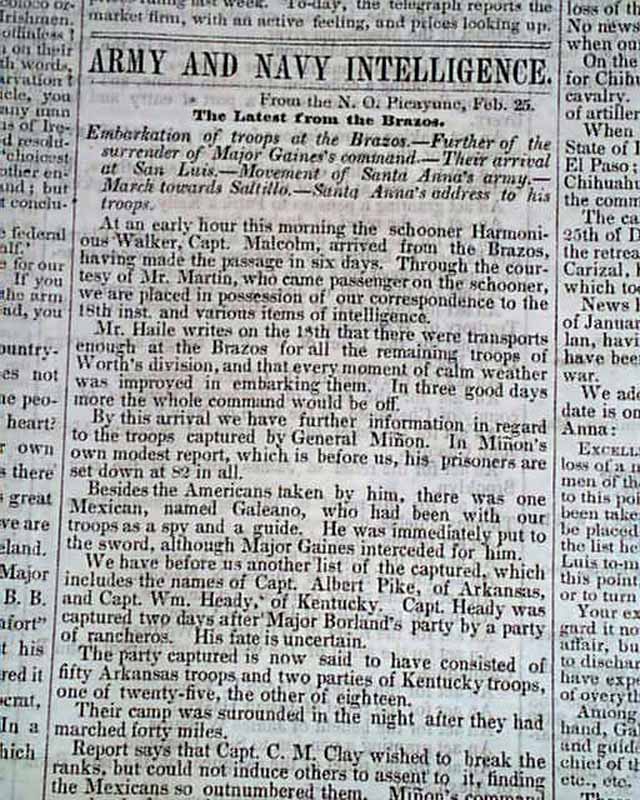 The front page has: "Army and Navy Intelligence" "The Latest From the Brazos" "Embarkation of troops at the Brazos--Further of the Surrender of Major Gaines's command--Movement of Santa Anna's army--March towards Saltillo...". This text takes over two columns and includes a letter signed in type by: Antonio Lopez de Santa Anna (see). Mexican War content continues inside with: "Important News from Mexico" "From the Army" and other items.