Home > The Queen's proclamation... the plague...
Click image to enlarge 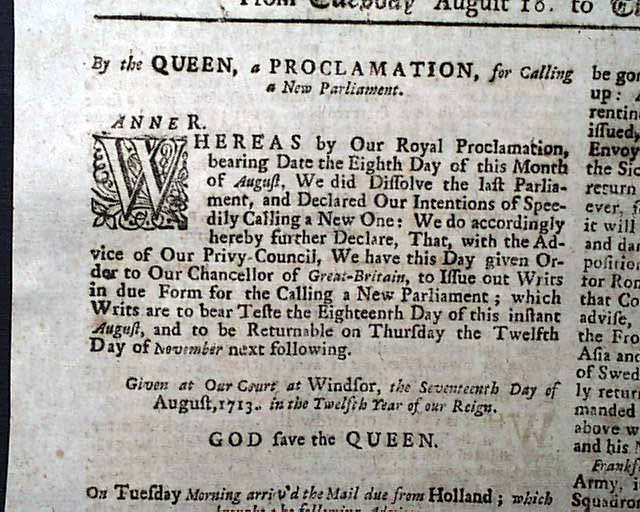 The Queen's proclamation... the plague...


THE POST BOY, London, August 20, 1713 The front page carries the Queen's Royal Proclamation "for the Calling a New Parliament".
There is also an article from Vienna reporting on how the Plague. "The Plague now rages very much in this City; 70, 80,  or more People dying of it every day...". The report goes into further detail on people affected in the Courts and how people were being quarantined and passages being closed off.
This is an untrimmed singlesheet issue, has two decorative woodcuts in the masthead, a full red tax stamp on the back side, and is in nice condition.