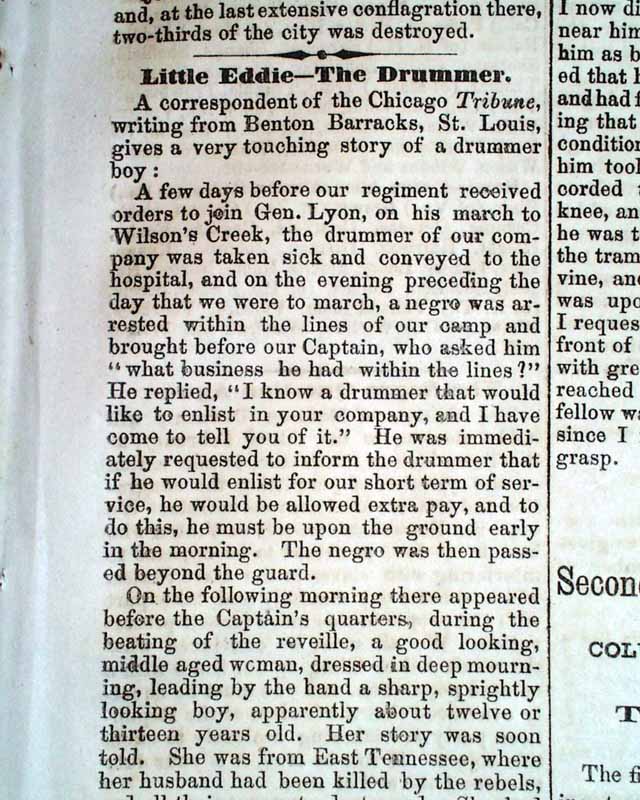 Described as "The Hottest Rebel Sheet to be found in the North or the South", this newspaper opposed the war and attracted the hatred of the Republicans and the Lincoln administration. It insisted that slavery could not be prohibited by law. So obnoxious was this paper to Unionists that it was denied circulation in some cities. In 1863 the press was raided by a hateful mob.
Among the articles are: "Highfalutin Patriotism!" "The Free Negro Question" "Battle at Mill Spring" "Further from the Fight--Additional Particulars" "How the Rebels Came to Make an Attack" ""War News of the Week" "The Negro Question Again" & more.
But the most fascinating article is titled: "Little Eddie--The Drummer", being the story of Eddie Lee, a rather well known child-soldier the subject of many websites.
Eight pages, very nice condition.