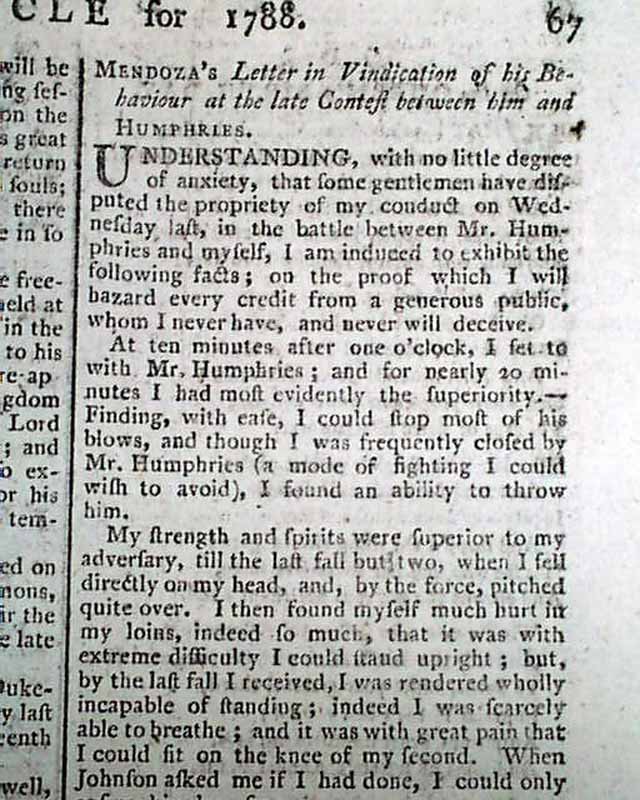 
THE LONDON CHRONICLE, England, Jan. 19, 1788  Page 3 has a full column which includes: "Mendoza's Letter in Vindication of his Behaviour at the late Contest Between Him and Humphries" signed in type: Daniel Mendoza. Mendoza was a famous Jewish boxer who transformed the English stereotype of a Jew from a weak, defenseless person into someone deserving of respect. He is said to have been the first Jew to talk to the King, George III. He was the British boxing champion from 1792-1795.
This letter is followed by a report from a doctor as to Mendoza's injuries, and then by: "Humphries' Answer", signed by him: Rich. Humphries (see).
Eight pages, 8 1/2 by 11 inches, very nice condition. 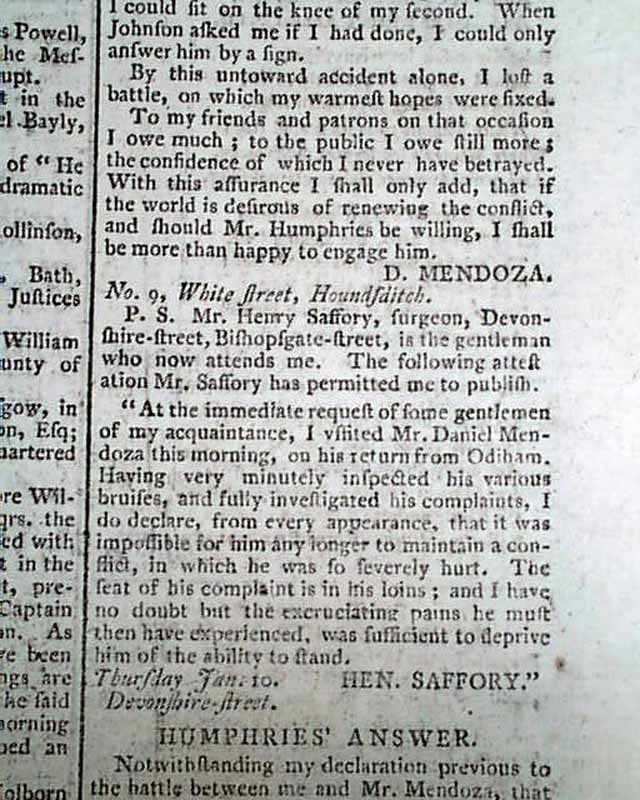 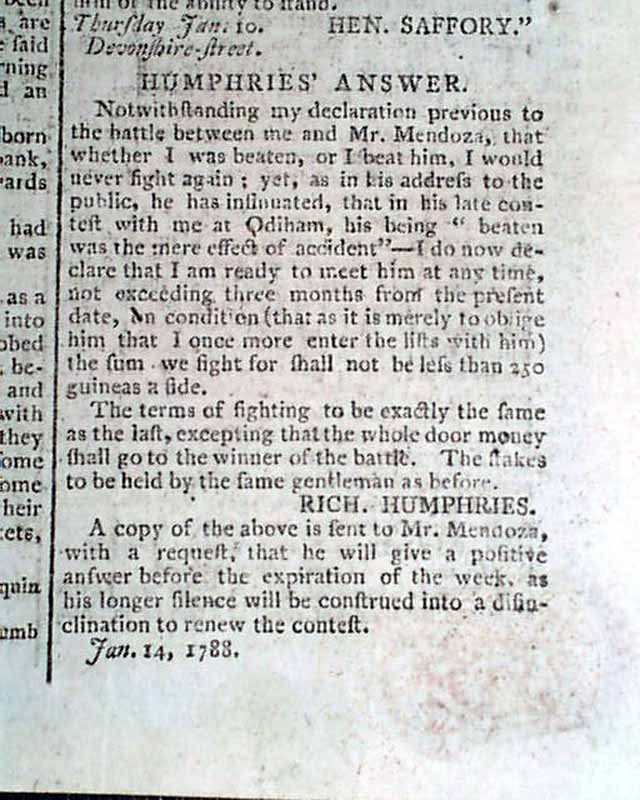 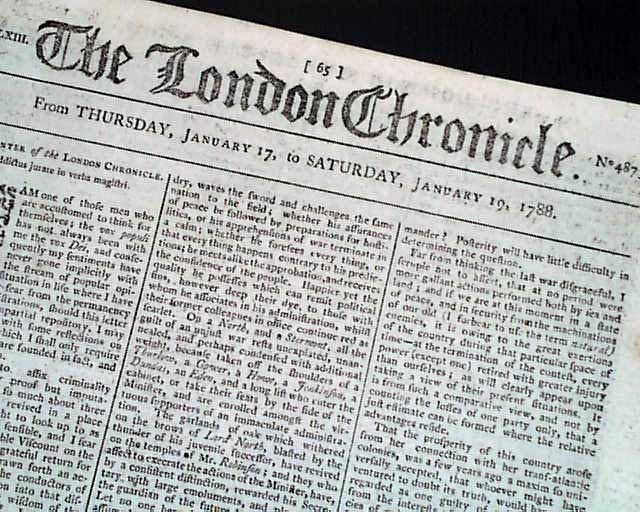 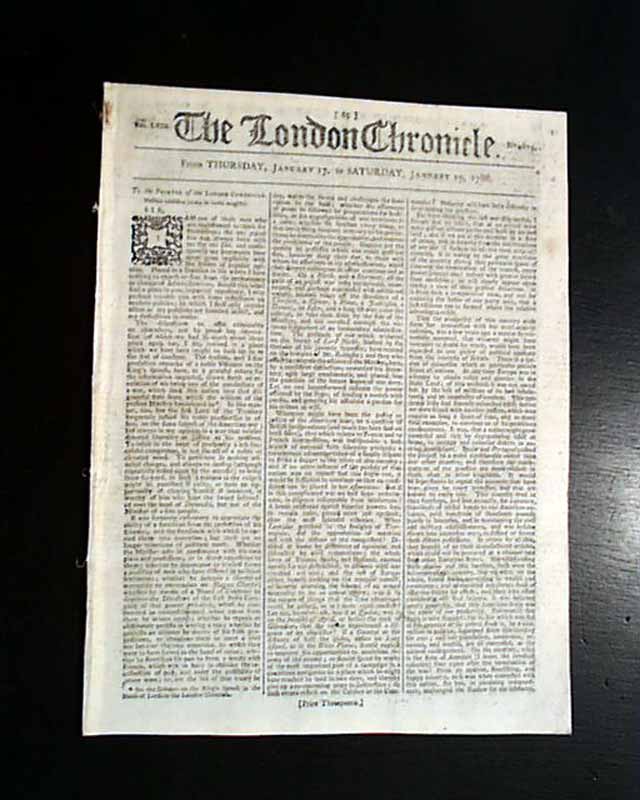 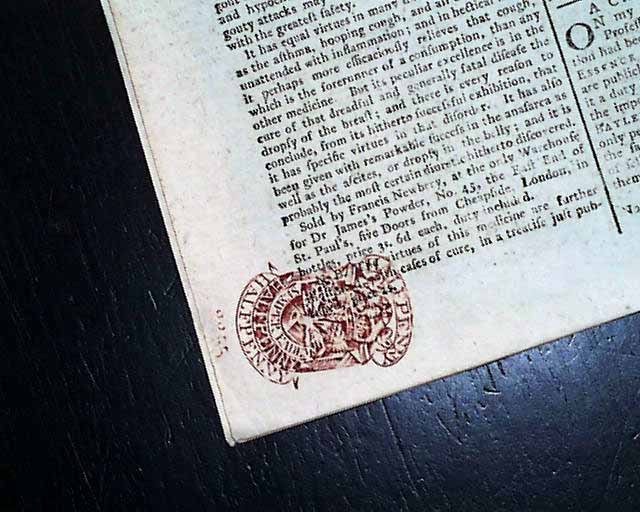