Home > Back to Search Results > Beauregard's army is disorganized...
Click image to enlarge 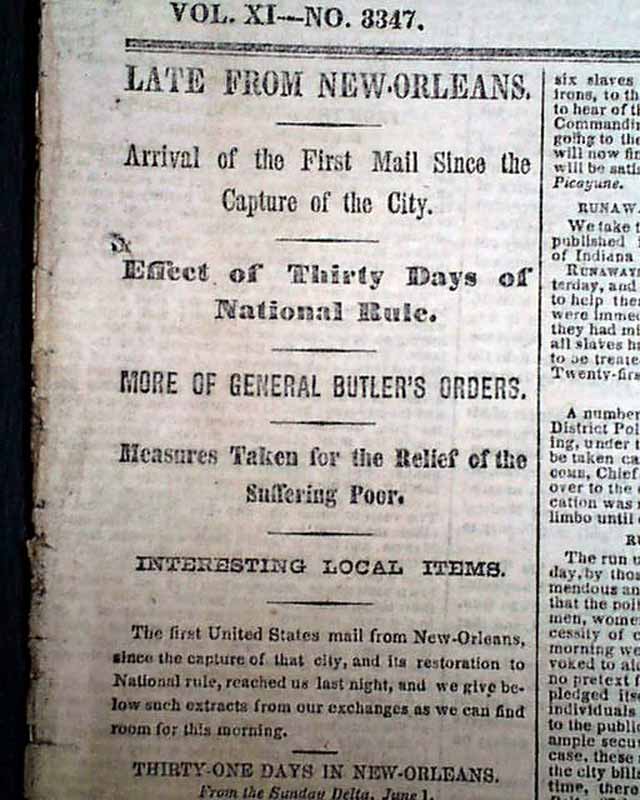 
NEW YORK TIMES, June 14, 1862  Among the front page one column heads on the Civil War are: "Late From New Orleans" "Arrival of the First Mail Since the Capture of the City" "More of General Butler's Orders" which lists two of them, each signed: Major-Gen. Butler; "From Gen. Halleck's Army" "Further Proofs of the Disorganization of Beauregard's Army" "The Country South of Corinth Stripped of Food" "The Pursuit of Jackson" & more.
Eight pages, never bound nor trimmed, nice condition.