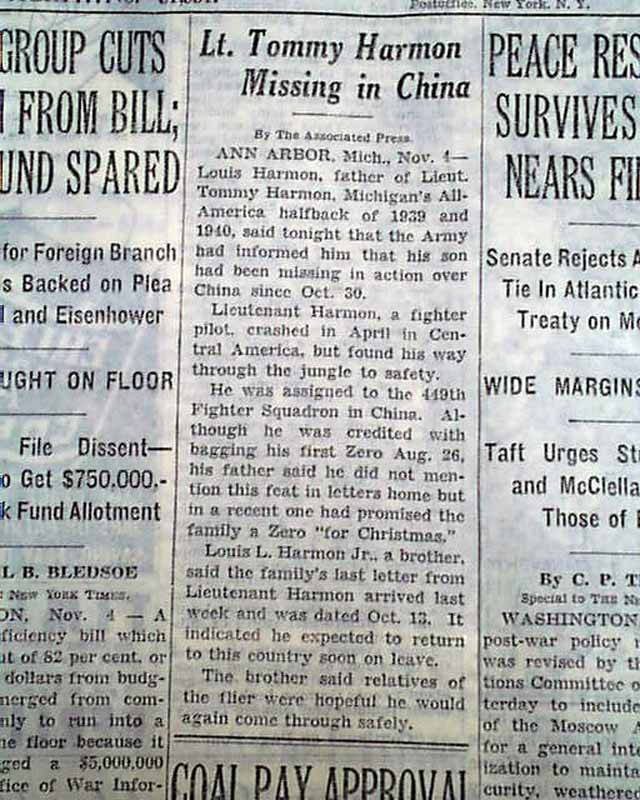 Other news, sports and advertisements of the day throughout. Complete in 38 pages, rag edition in very nice condition.

Nice to have this in a Michigan newspaper. Other news, sports and advertisements of the day throughout with much on World War II. Nice condition.

wikipedia notes: During World War II Tom Harmon enlisted as a pilot in the Army Air Corps on November 8, 1941. Early in 1943, Harmon parachuted into the South American Jungle when his plane flew into a tropical storm. None of the other crewmen bailed out or survived. He was the object of a massive regional search operation once his plane was reported missing. Four days later he stumbled into a clearing in Dutch Guiana. He transferred to single seat fighters.

He was awarded the Purple Heart and the Silver Star for his actions with the 449th Fighter Squadron. These included having his plane shot down over Japanese occupied China. He saved his silk parachute and it was later used as the material for his wife's wedding dress.