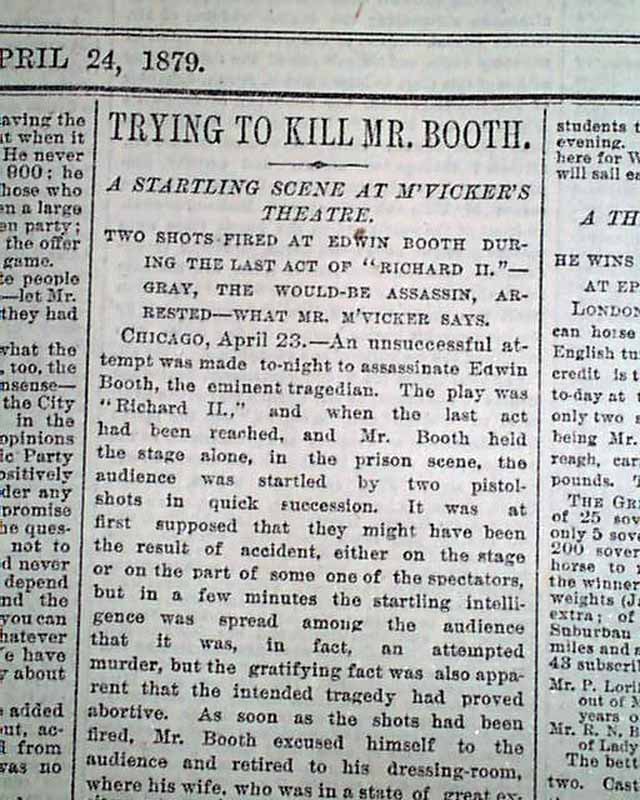 This 8 page issue has news of the day with several interesting advertisements throughout.
The front page has one column headings: "TRYING TO KILL MR. BOOTH" "A Starting Scene At M'Vicker's Theatre" "two Shots Fired At Edwin Booth During The Last Act of 'Richard II"--Gray, The Would-Be Assassin, Arrested..." See images for text here.
Complete, minor margin wear, nice condition.