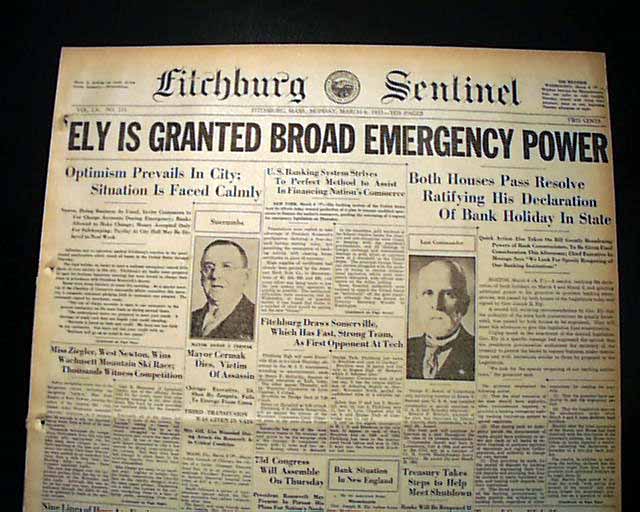 The front page has a banner headline: "ELY IS GRANTED BROAD EMERGENCY POWER" with subheads (see photos). This action would have the desired effect of stopping the panic run on the nation's banks, and happened the day after F.D.R. was inaugurated. One of the more historic issues from the Depression-era

Other news, sports and advertisements of the day. Complete in 10 pages, minor margin wear, otherwise nice.