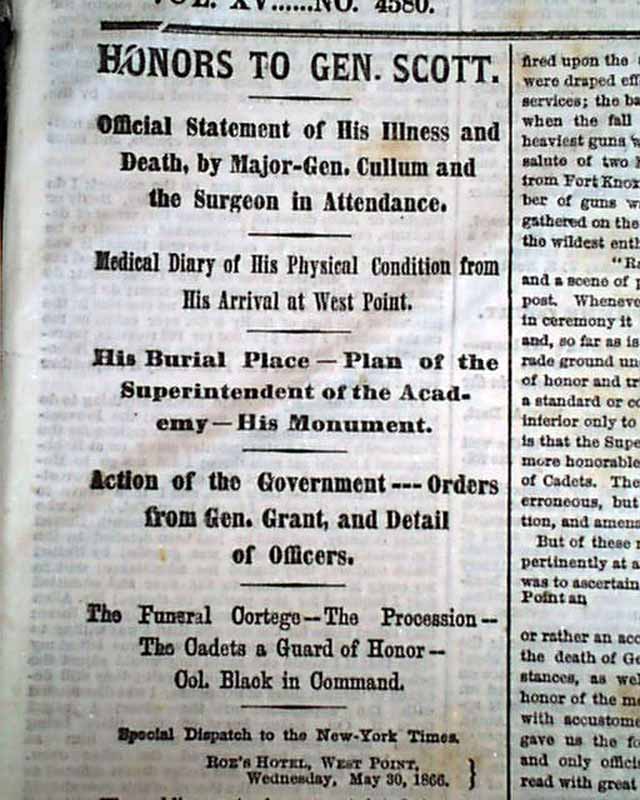 The top of the front page has: "Honors To Gen. Scott" "Official Statement of His Illness & Death,..." "Medical Diary of His Physical Condition from His Arrival at West Point" "His Burial Place..." "The Funeral Cortege..." and more.
"Old Fuss & Feathers" had a distinguished military career, having served in the War of 1812, the Mexican War, the Black Hawk War, the Second Seminole War, and the Civil War.
Eight pages, minor foxing, very nice condition.