Home > Back to Search Results > Angry that the governor dissolved the General Assembly...
Click image to enlarge 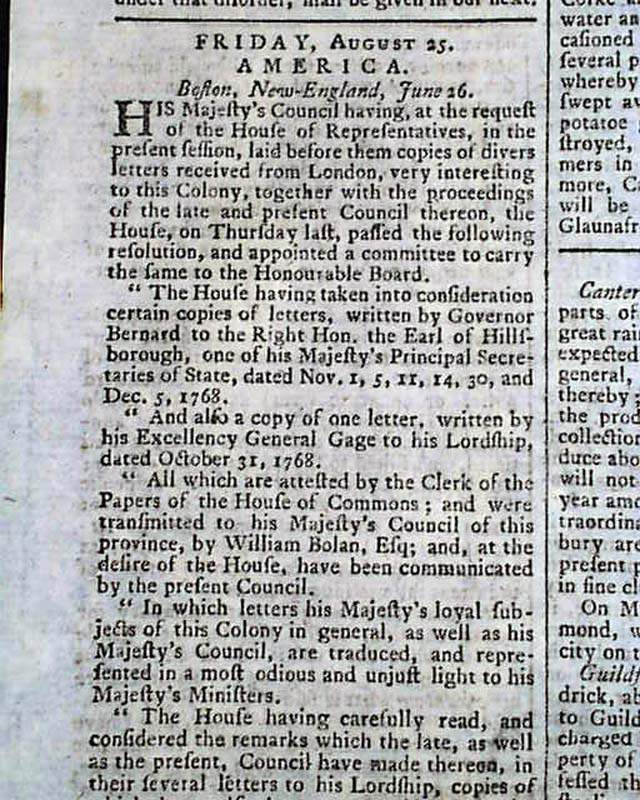 Angry that the governor dissolved the General Assembly...


THE LONDON CHRONICLE, Aug. 26, 1769  Page 2 has most of a column taken up with reports headed "America" with Boston, Williamsburg, and Philadelphia datelines. The Boston report ends with: "...Resolved...when the governor of the Province had wantonly dissolved the General Assembly & arbitrarily refused to call another upon the repeated dutiful petition of the people." The Williamsburg report concerns an insurrection plot by slaves (see).
The back page has a report of the noted Rev. Mr. Whitefield planning to embark: "...some time next week for Charles-Town [Charleston] in his way to Georgia."
Eight pages, 8 by 11 1/4 inches, very nice condition.