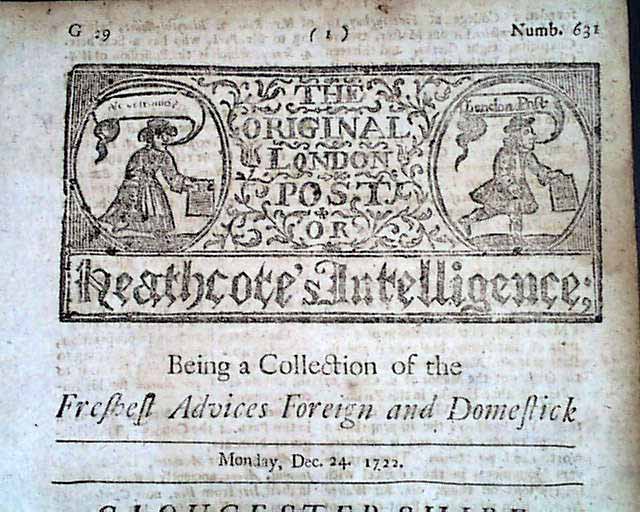 A rare title with the text running continuously from issue to issue, the lead sentence is the completion of the last sentence from the previous issue. This was done by several periodicals during this period to avoid the tax on newspapers. This format classified it as a pamphlet, and therefore no tax was required. According to Crane and Kaye this title is not held by any American institution.
This is complete as a single sheet newspaper measuring  11 by 6 1/2 inches with a very handsome and decorative masthead (see photos). Nice condition & very displayable.