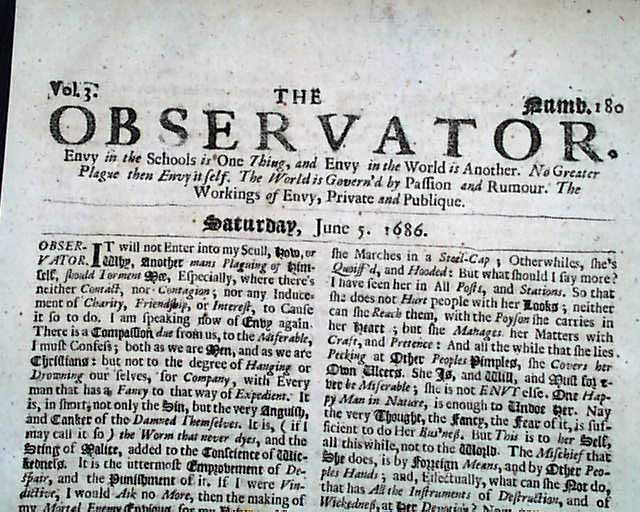 Item # 601055 THE OBSERVATOR, London, England, 1684-1686  A dialogue newspaper founded by Sir Roger L'Estrange, a Tory pamphleteer, as a vehicle for attacking dissenters and Whigs. This early singlesheet newspaper has the old style type making it great for framing (see photo) particularly with the over 300+ year old date clearly visible in the dateline.
Note: These issues were published by Charles Brome, brother of Joanna Brome, who became one of the earliest woman newspaper publishers (perhaps the 1st???) when she took over for her brother (Charles) in 1681-82 while he was away.
Whereas the photo is "generic", the issue you will receive will be dated within the range of 1684-1686 and will have a similar look. Measures 8 x 12 inches and is printed on high quality, rag paper.  Very nice condition.