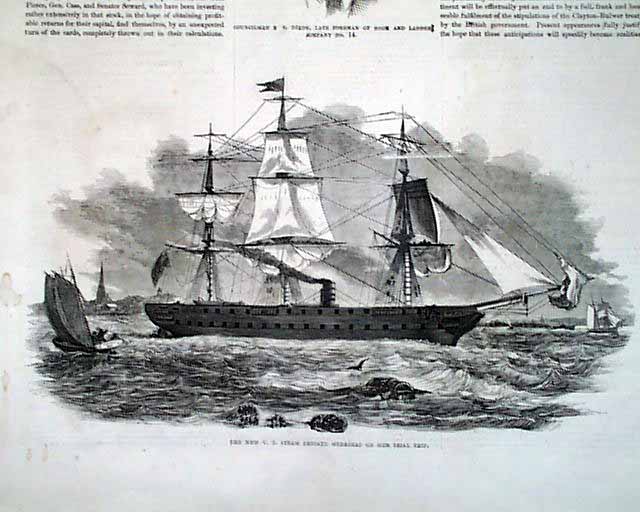 
FRANK LESLIE'S ILLUSTRATED NEWSPAPER, New York, Feb. 23, 1856  The front page has a print of: "The New U.S. Steam Frigate Merrimac on Her Trial Trip". This was the ship that would ultimately be scuttled by the U.S. Navy with the outbreak of the Civil War, and they resurrected by the Confederate Navy & converted to an iron-clad & be involved in the very famous battle with the Monitor in March, 1862.
The doublepage centerfold has nice prints of George and Martha Washington. Other prints include: "Scenes In Ireland" including "The Giant's Causeway" "View of Blarney Castle" & View of the Ruins of Cashel, Ireland".
Also of interest is a print of: "Costume of a New Tribe of Esquimaux..." with articles. Spelled today as "Eskimo".
Four pages, never bound nor trimmed so it folds out to one large sheet, in great condition. 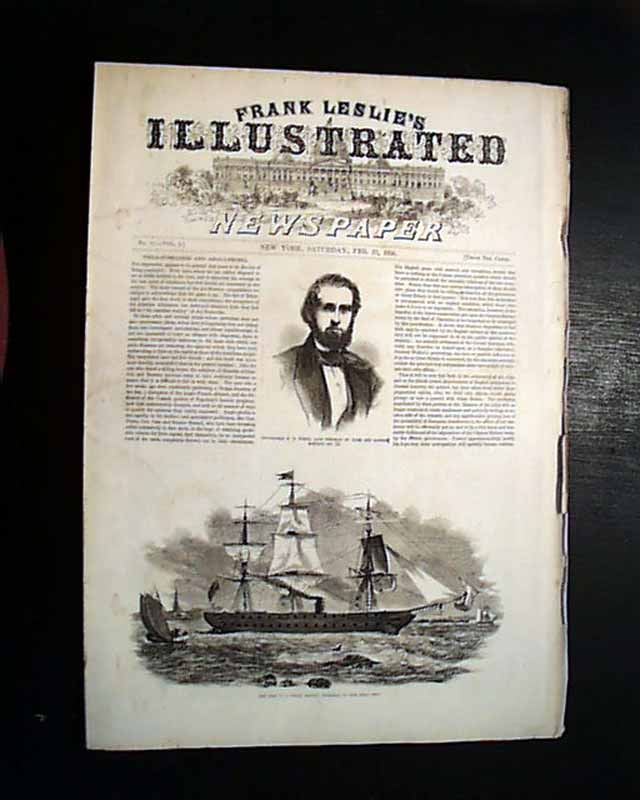 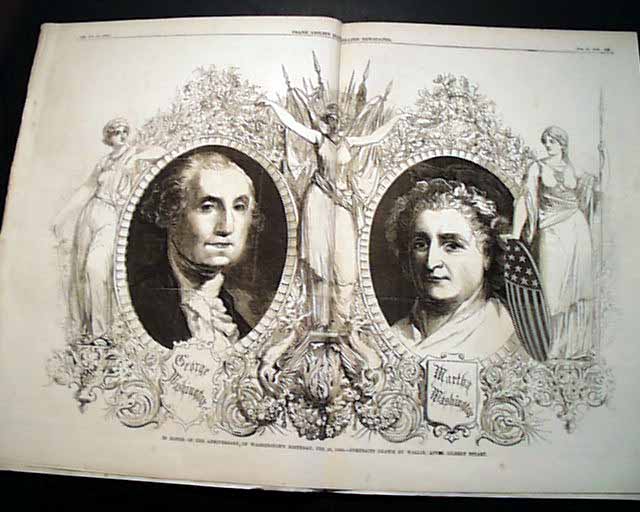 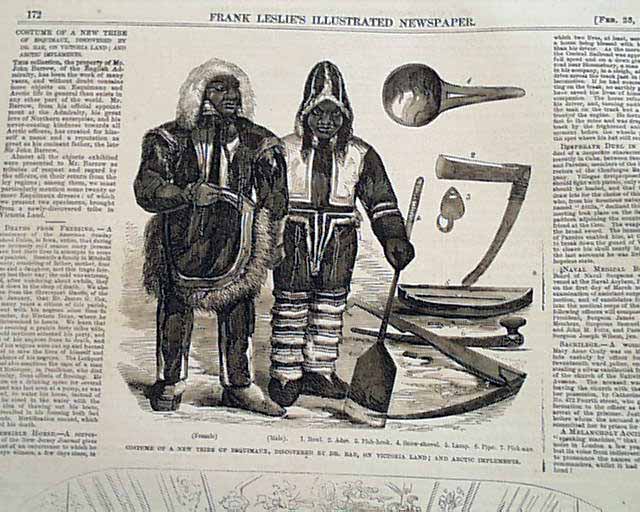 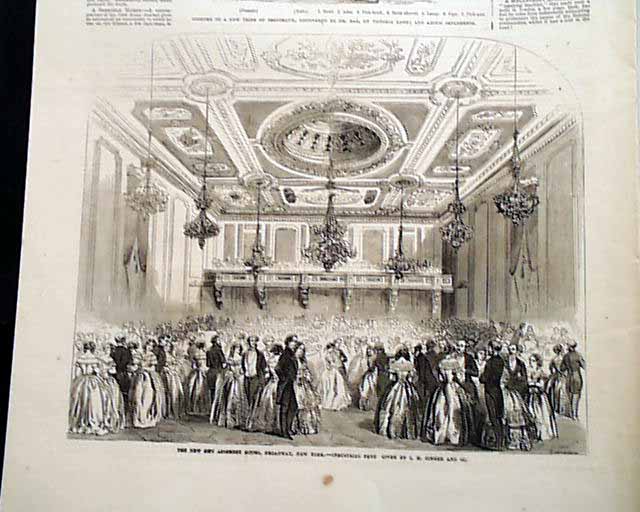 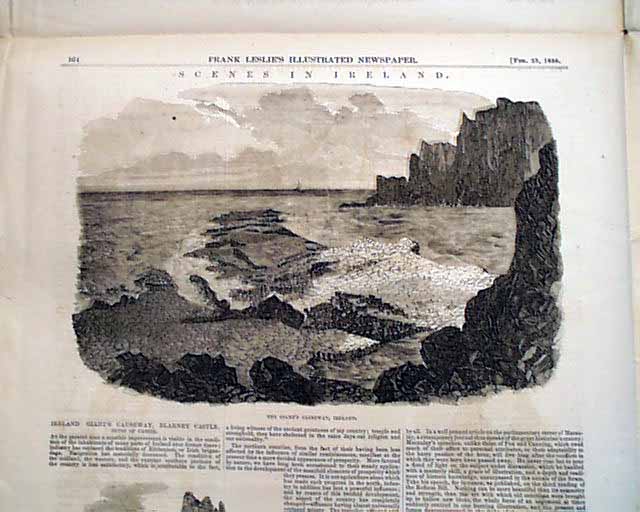 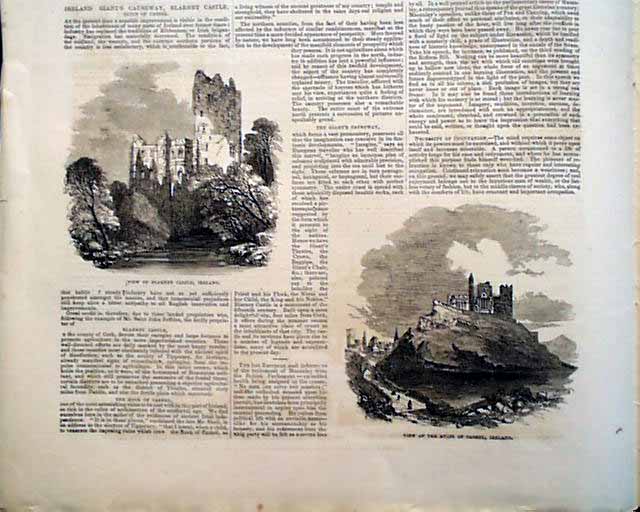