Home > Back to Search Results > New York considered for location of capital... George Barrington... another arrest...
Click image to enlarge 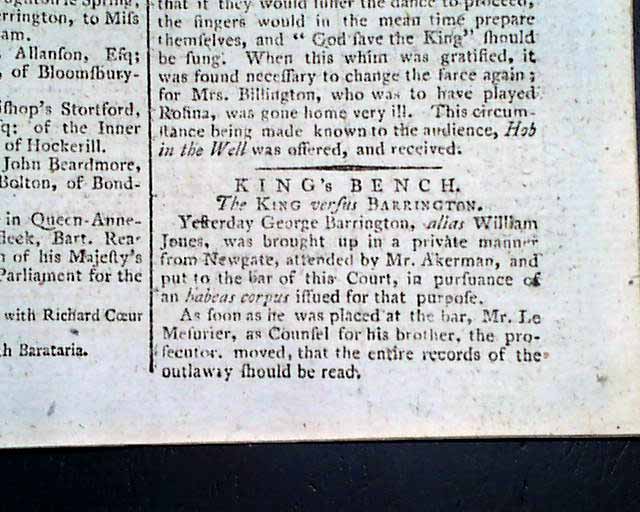 
THE LONDON CHRONICLE, November 20, 1788 The third column on page 493 contains the report of George Barrington (of eventual Botany Bay fame) being brought up in on a private manner.

Pages 1 and 2 also have various reports from America, including mention of New York being considered for the location of the new seat of government. Other news of the day with period advertising are found throughout.

Complete in 8 pages and is in nice condition, but the NY related content has light inking (see images).