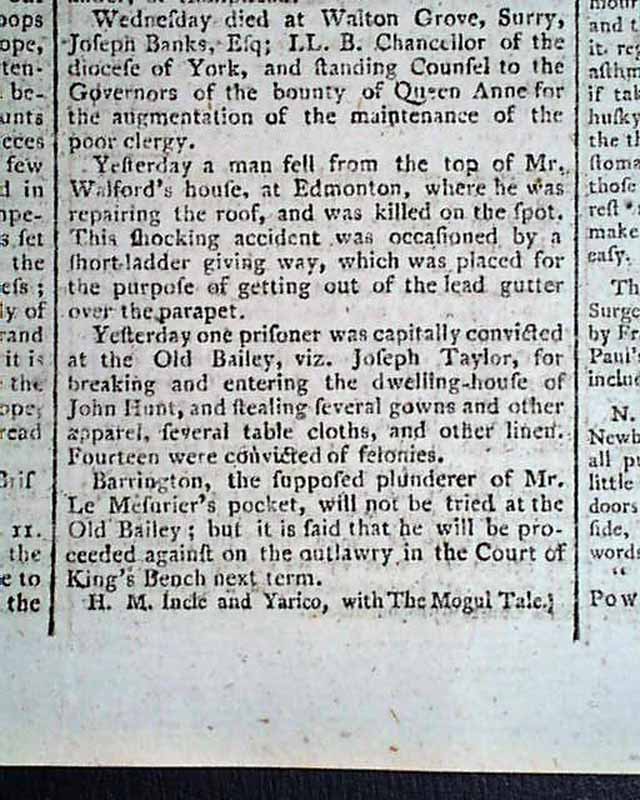 
THE LONDON CHRONICLE, September 13, 1788 The second column on page 259 contains the report of George Barrington (of eventual Botany Bay fame) would not be tried at the Old Bailey but would be in Court of King's Bench next term -- proceeded against him on the outlawry.

Pages 1 and 2 provide a detailed description of the Pelew Islands (current day Palau), by George Keate and S.A. (compiled from the journals of Captain Henry Wilson).

Other news of the day and period advertising are found throughout.