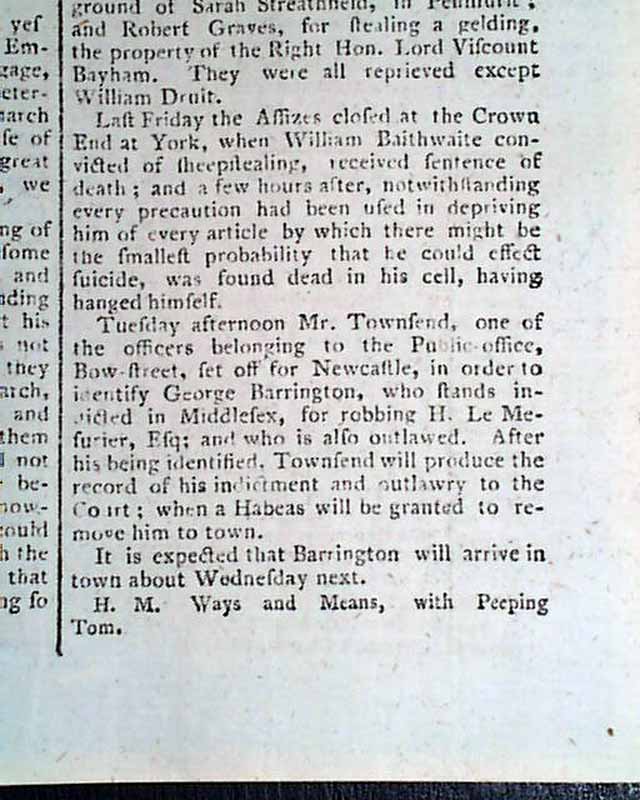 
THE LONDON CHRONICLE, July 17, 1788 The third column on page 61 contains the report of George Barrington (of eventual Botany Bay fame) being identified for robbery. The issue also contains other news of the day and period advertising throughout.
Complete in 8 pages and is in nice condition.