Home > Back to Search Results > More slaves in Charleston than free whites...
Click image to enlarge 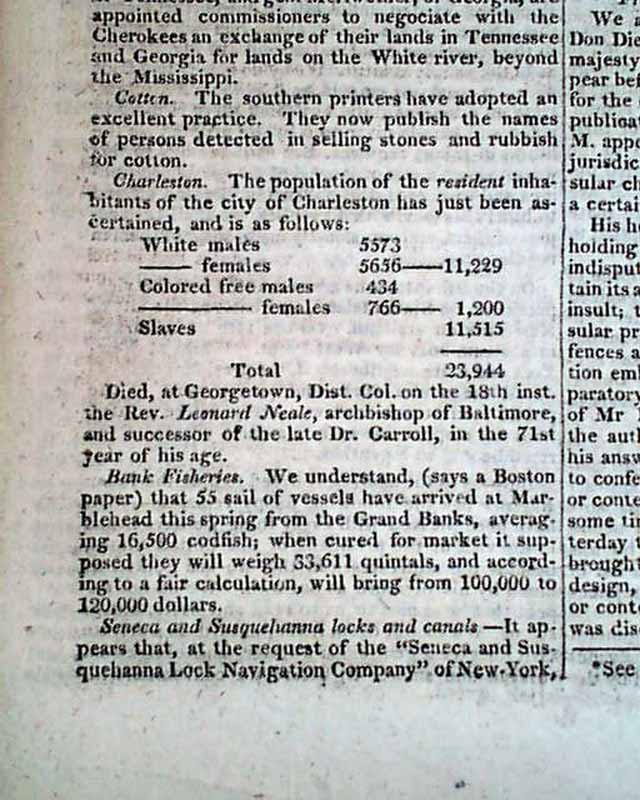 The back page has a brief chart headed: "Charleston" noting the population of the various inhabitants of the city. It notes 5573 white males, 5656 while females, 434 colored free males, 766 colored free females, and 11,515 slaves.
Sixteen pages, 6 by 9 3/4 inches, nice condition.