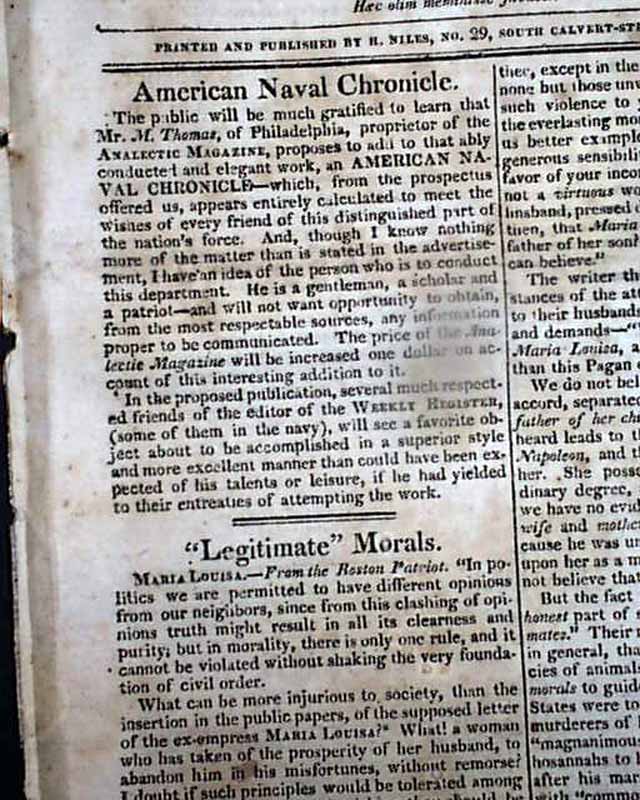 The top of the front page is the introduction of a new publication, the "American Naval Chronicle". Inside includes: "War Events: Or Matters Belonging to the Late War" which begins with a letter from Captain Biddle to Commodore Decatur on board the U.S. Hornet, with much detail, followed by a letter from an officer on board the Peacock. Also a letter datelined New Orleans, May 29; "Heroes From Orleans" "Escape From Dartmoor" which takes nearly 2 pages.
Also within the issue is an: "Imperial Decree" signed in type: Napoleon.
Complete in 16 pages, 6 by 9 3/4 inches, very nice condition.