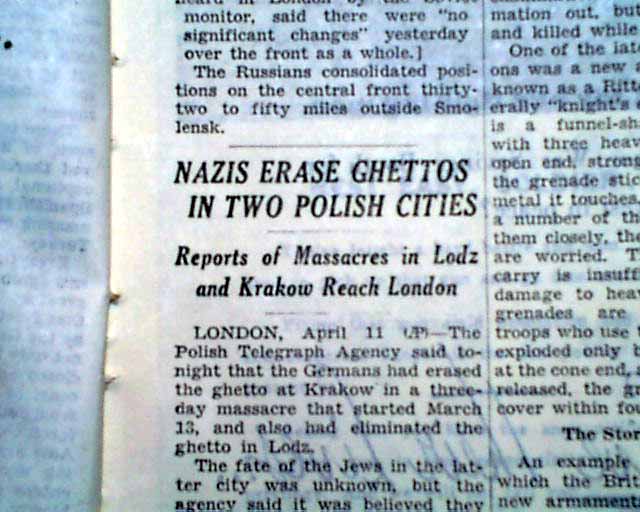 This 42 page newspaper has small one column headings on page 5: "Nazis Erase Ghettos In Two Polish Cities" and "Reports of Massacres in Lodz and Krakow Reach London". See photo for coverage on the atrocities in Nazi-occupied Poland. Rare to find such reports in newspapers at this time as the reality of the holocaust was just being known. 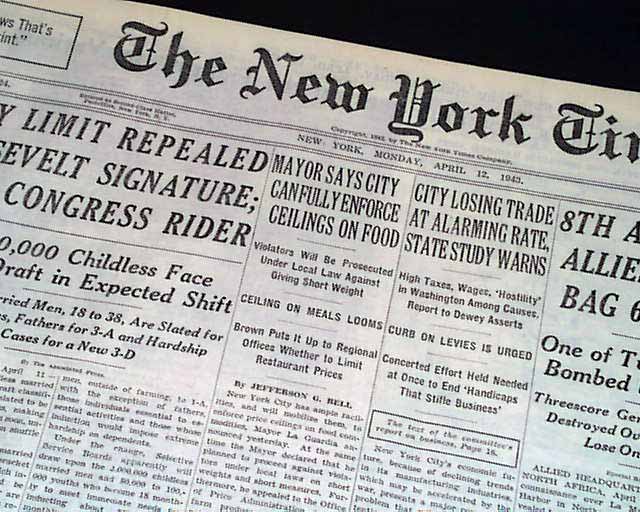 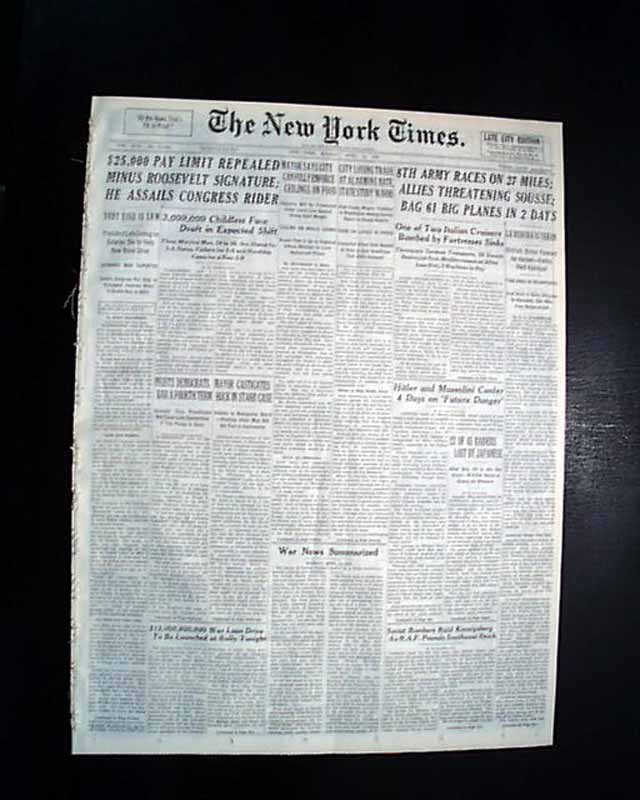 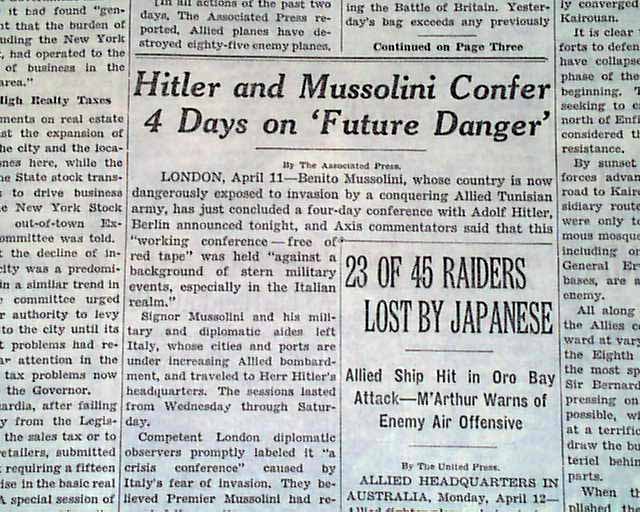 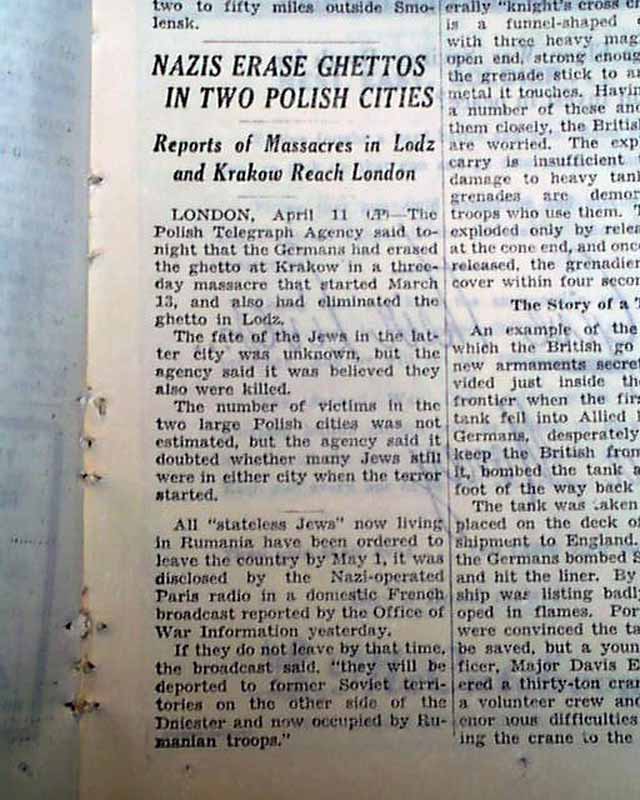 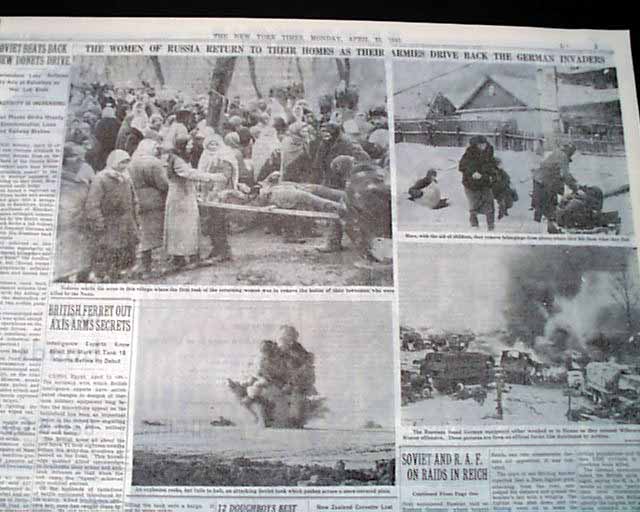