Home > Back to Search Results > Much on Indian treaties...
Click image to enlarge 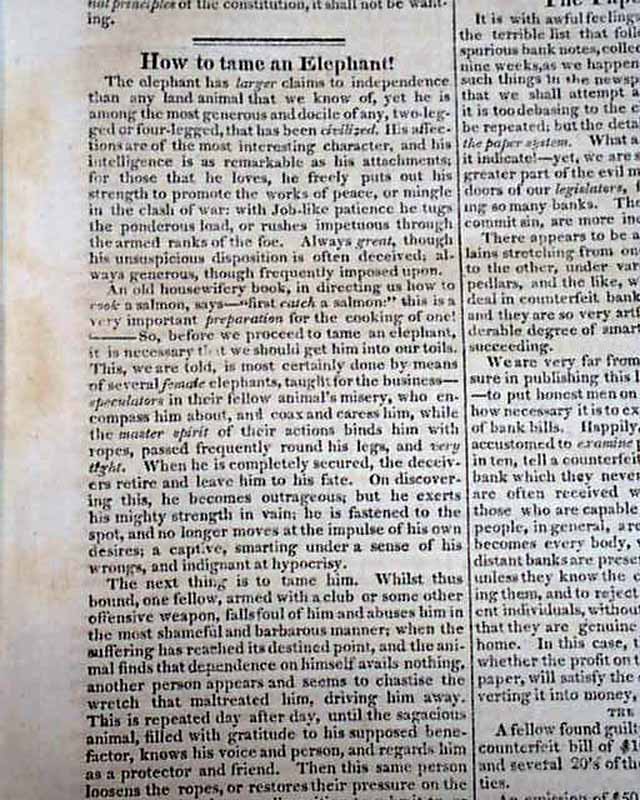 Much on Indian treaties...


NILES' WEEKLY REGISTER, Baltimore, April 24, 1819  Among the articles are: "How to Tame an Elephant!" "Indian Treaties Ratified at the Late Session of Congress" which takes two pages; "Mexican Coinage"; a brief item: "Negro Stealing" reads: "Sentence of death has been pronounced on a fellow in North Carolina for negro stealing. If hanging is right--let him be hanged!"
Complete in 16 pages, 6 by 9 3/4 inches, very nice condition.