Home > Back to Search Results > Racehorse Seabiscuit death in 1947...
Click image to enlarge 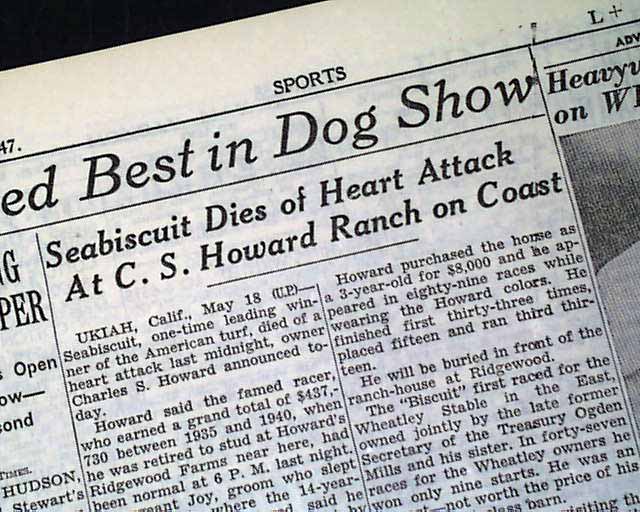 This 44 page newspaper has a two column headline on page 31: "Seabiscuit Dies of Heart Attack At C. S. Howard Ranch on Coast". See photos for text here. Nice to have in this famous NYC title. Other news, sport and advertisements of the day throughout. Rag edition in great condition.