Home > Back to Search Results > From the San Francisco Bay region...
Click image to enlarge 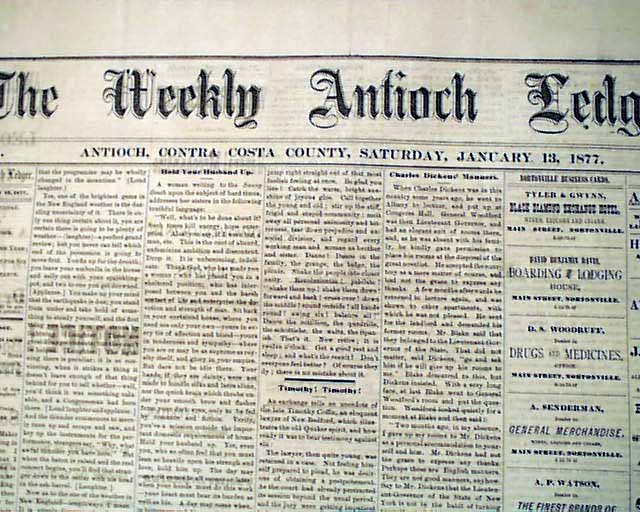 From the San Francisco Bay region...

This is one of the oldest communities in California having been founded in 1850. It is in the East Bay region of San Francisco Bay, formerly known as Smith's Landing and Marshs Landing, in 1850 a plague infested the city and wiped out most of the population.
A broad range of content within, bits including: "Mineral King Mines" "Spirits Removed" "Benefits of Irrigation" and more. Many typically Western-style advertisements.
Complete in 4 pages, never bound nor trimmed, damp staining at the margins, minor wear at the bottom margin and spine.