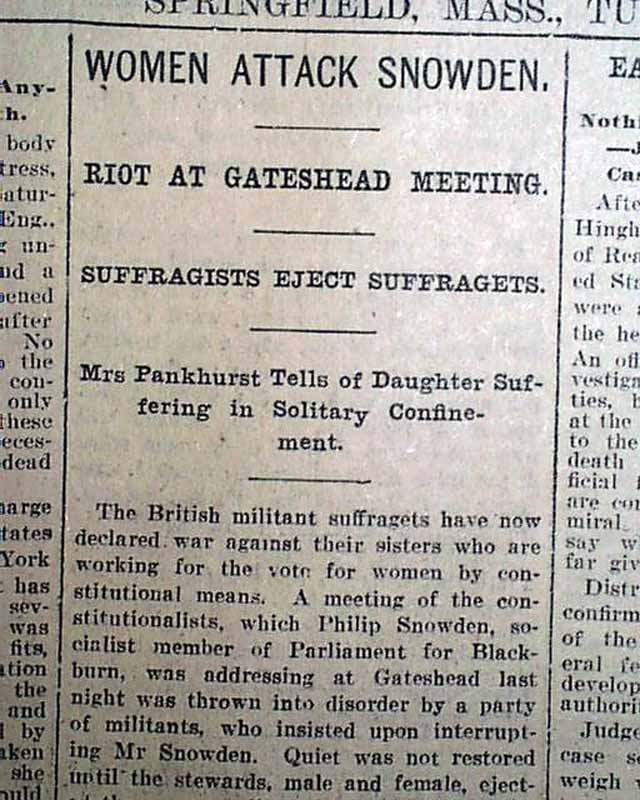 
SPRINGFIELD DAILY REPUBLICAN, March 18, 1913 The front page has a one column headline "Women Attack Snowden" with subheads "Riot at Gateshead Meeting", "Suffragists Eject Suffragist" and  "Mrs. Pankhurst Tells of Daughter Suffering In Solitary Confinement". This was a report on the British militant suffragist that had declared war against their fellow sisters who were working for the vote for women by constitutional means. Disorder ensued until people had to be removed from the event.
Other news, sports and advertisements of the day are within.
This is complete in 20 pages, evenly browned and is in good condition. Should be handled with some care.