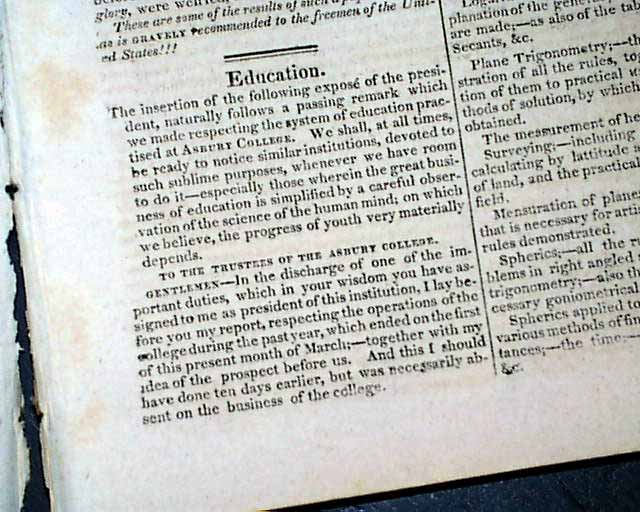 Inside has nearly 2 pages taken up with much on Asbury College, a one-time Methodist school in Baltimore, which ended in 1832. Also in this issue: "General Jackson and Scott" which takes 5 1/2 pages and includes 2 letters signed by Andrew Jackson, and 2 signed: W. Scott. The back page has a report on the "President's Tour" to the Norfolk vicinity, and more.
Sixteen pages, 6 by 9 1/2 inches, nice condition.