Home > Back to Search Results > Details of the infamous Dartmoor prison massacre...
Click image to enlarge 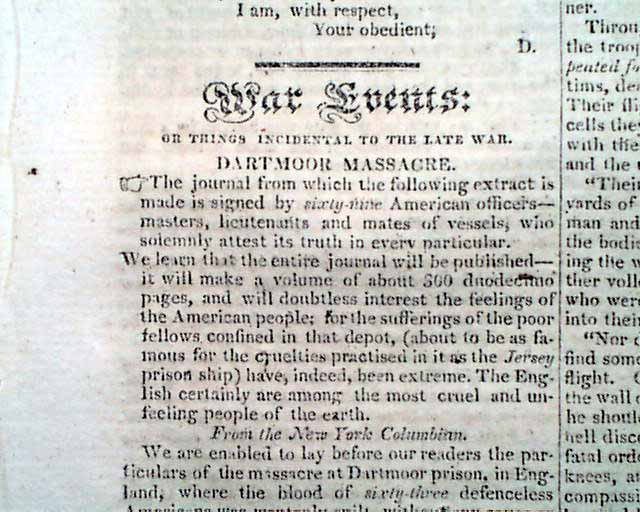 
NILES' WEEKLY REGISTER, Baltimore, June 17, 1815  The issue begins with nearly 2 pages of "Naval Affairs".
Nearly four pages are taken up with a very lengthy & detailed report titled: "Dartmoor Massacre" which was a tragedy of the War of 1812 with American prisoners being severely mistreated in this British prison.
The report notes near the beginning: "We are enabled to lay before our readers the particulars of the massacre at Dartmoor prison, in England, where the blood of sixty-three defenceless Americans was wantonly spilt without any cause of provocation whatever..." with much more.
Complete in 16 pages, 6 by 9 1/2 inches, very nice condition.